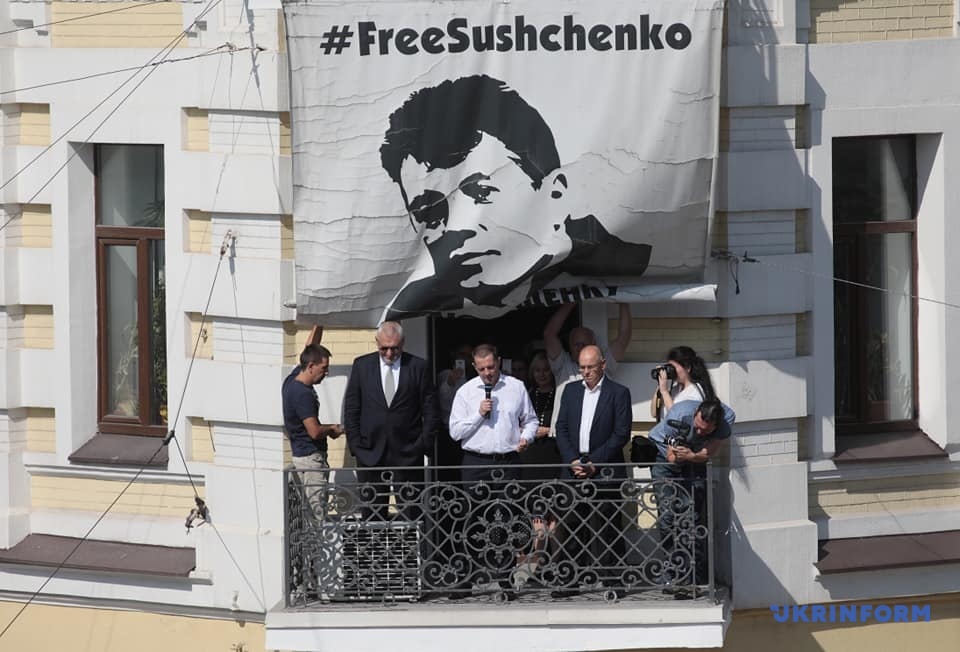 Ukrinform journalist Roman Sushchenko, who was released as a result of a Ukraine-Russia prisoner swap on September 7, removed #FreeSushchenko front banner from the Ukrinform building, as Ukrinform reported.

Today at Ukrinform, Sushchenko and his defender Mark Feygin are giving the first press conference after the journalist’s release.

As reported, Roman Sushchenko was detained in violation of international rules on September 30, 2016 in Moscow, where he arrived on a private trip from Paris. On October 7, 2016, he was charged with espionage.

On June 4, 2018, the Moscow City Court sentenced Sushchenko to 12 years in a high-security penal colony. On September 12, the Supreme Court of the Russian Federation called this decision legal.

Russia and Ukraine exchanged detainees in the 35-for-35 format on September 7. Those who returned to Ukraine include Oleg Sentsov, Roman Sushchenko, Oleksandr Kolchenko, Pavlo Hryb, Volodymyr Balukh, and others.

Sushchenko has already stated that he will continue to work at his "native Ukrinform."

Sushchenko's case became Feygin's last case. During the trial, he was deprived of his status as a lawyer in Russia. Feygin appealed the decision at the European Court of Human Rights and is waiting for a court ruling.