Sushchenko is banned from seeing his wife 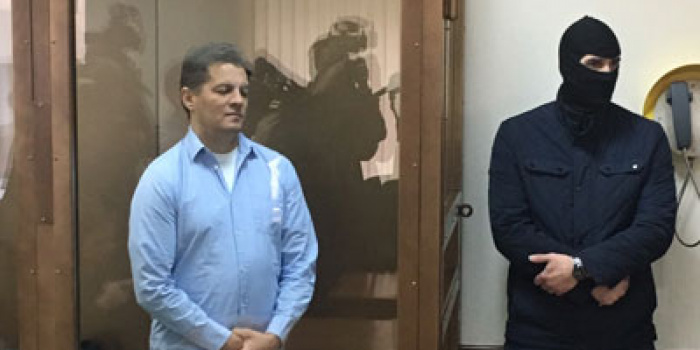 Mark Feygin, the lawyer of UKRINFORM journalist Roman Sushchenko, received an official letter from the ministry’s Main Intelligence Directorate that his client is not an employee of Ukrainian intelligence.

Mark Feigin told about it in comments to Hromadske Radio.

"I have a letter from the Main Intelligence Directorate of the Defense Ministry of Ukraine that Roman Sushchenko is not in the service there and he is not a professional intelligence officer. We are working with the Foreign Ministry on this document and will pass it to the investigation because it has great importance for procedural court and for preliminary investigation. Roman has repeatedly sent requests on permission to see his wife - Angela Sushchenko - and made it possible to talk on the phone with his son," - Feygin told.

According to Mark Feygin, Sushchenko's statement about meeting his wife is not satisfied.

As IMI informed, Ukrinform stated that their correspondent in France Roman Sushchenko was arrested in Moscow and accused of “espionage” on Sept.30.

Russia’s Federal Security Service (FSB) confirmed detaining of an Ukrinform correspondent, Roman Sushchenko. FSB labeling him as a Ukrainian intelligence officer who allegedly deliberately collected classified information on activities of the armed forces and the national guard of the Russian Federation. There is a criminal case on espionage charges (Article 276 of the Russian Criminal Code), the investigation is currently underway.

The Lefortove court resolved to prolong the arrest of Sushchenko for two more months on Oct.1.

Defence appealed the decision of the Lefortovo court to arrest Sushchenko in France.

The Moscow City Court has dismissed the appeal of defense team of an Ukrinform journalist Roman Sushchenko on Oct.27.

The Moscow Lefortovo Court resolved on Nov. 28 to extend the arrest of Sushchenko until the 30th of January 2017.