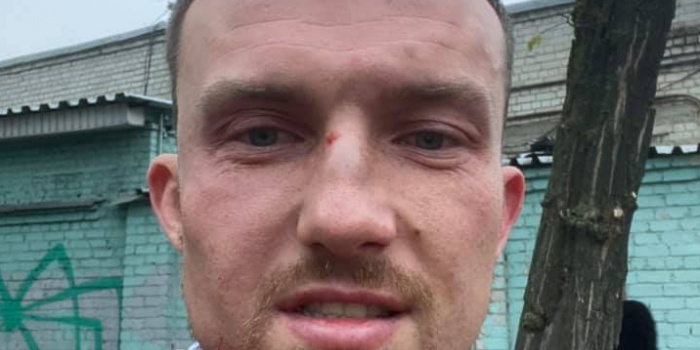 In Kiev, on the morning of November 8, two young men attacked the chief expert of StateWatch, the author with “Dzerkalo Tyzhdnya” weekly Oleksander Lemenov, as he told on his Facebook page, reports ZN.ua.

“If it seems to someone that one attack can stop me in the fight for a new Ukraine, then it is a waste of time. Today at 7.45 am on 2, Maksymovich Street I was attacked. Brass knuckles (or something very similar), a can of Teren 4M, two young guys. Sort of kids staff, they fled like the last-ditch chicken-hearts, ” he wrote.

According to Lemenov, the attackers hit him on the back of his head, then they used a pepper spray can. As his assaulters ran away, he contacted the police.

"Everything has been fixed, as to the procedure, they will look for offenders, as well as the customers," he added.

On this fact, the Investigation Department of the Holosiivsky Police Directorate in Kyiv opened criminal proceedings under part 4 of Art. 296 (Hooliganism) of the Criminal Code of Ukraine.

The police launched a series of search activities aimed at identifying and detaining the persons involved in the incident.

“If you are going to write lies about me, I will personally ask people to manhandle you in Kiev. And then, you can complain on me to the police, like a foppish, ”- as it was said in the  screenshot of correspondence of Olga Shariy and Lemyenov.

In a comment to Zmina, Lemyenov noted that he did not relate the attack to anyone precisely for now.

“I do not relate it to anyone yet. There are some options. Let's see. All procedural points are documented. I do not know under what article they opened criminal proceedings, ” the activist said.