Luhansk journalists are outraged by the fact that Artem Vesko, Rada TV channel's correspondent in Luhansk oblast, has received a state award on the occasion of Independence Day.

The journalists recall 2016, when Artem Vesko got caught up in a scandal. Back then, he attended a session of the Lysychansk City Council wearing a T-shirt with the separatist logo "Polite People." At that time, he worked as a cameraman for Lysychansk TRC "Akcent."

We remind that on August 23, the President of Ukraine Volodymyr Zelensky awarded several media persons on the occasion of Independence Day. Namely, five journalists from Luhansk oblast received awards. Artem Vesko, who is currently a correspondent for Rada TV channel, was awarded the Order of Merit III degree. Vesko was received the award "for significant merits in strengthening the Ukrainian statehood, the courage and selflessness shown while protecting of the sovereignty and the territorial integrity of Ukraine, significant personal contribution to the development of various spheres of public life, for defending our state's national interests, and diligence in performing one's professional duties."

Oleksandr Bilokobylsky, journalist for "Realna Hazeta" and "Zmist," wrote: "I don't understand the word 'courage:' what if he was filming stories about 'liberators' under fire from 'Ukrainian punitive forces?'" 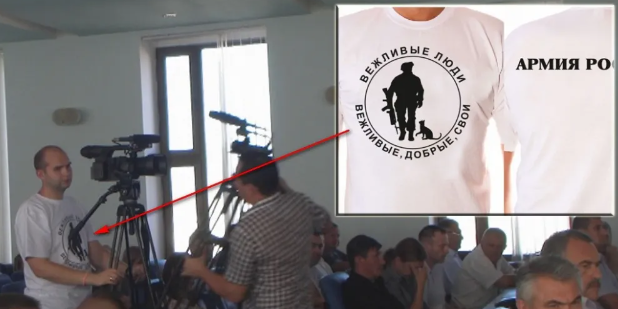 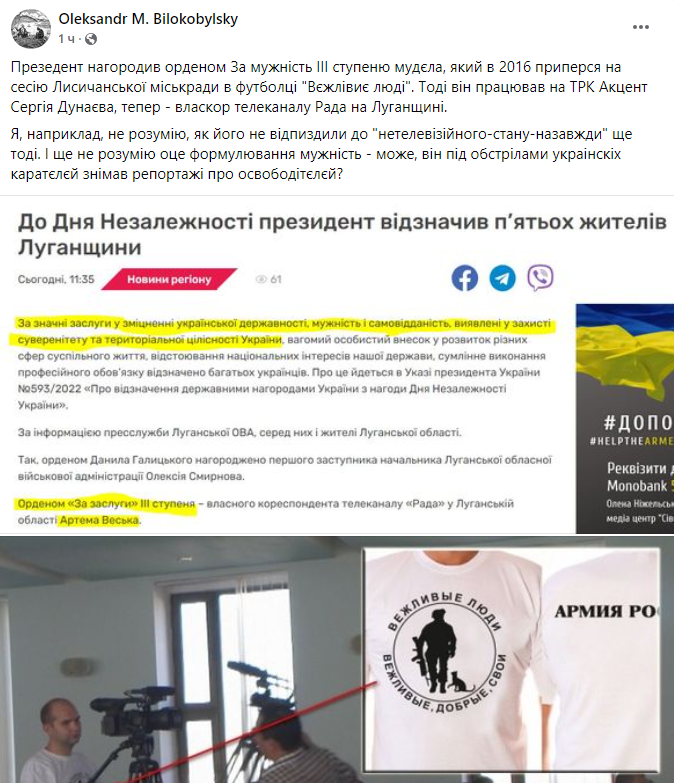 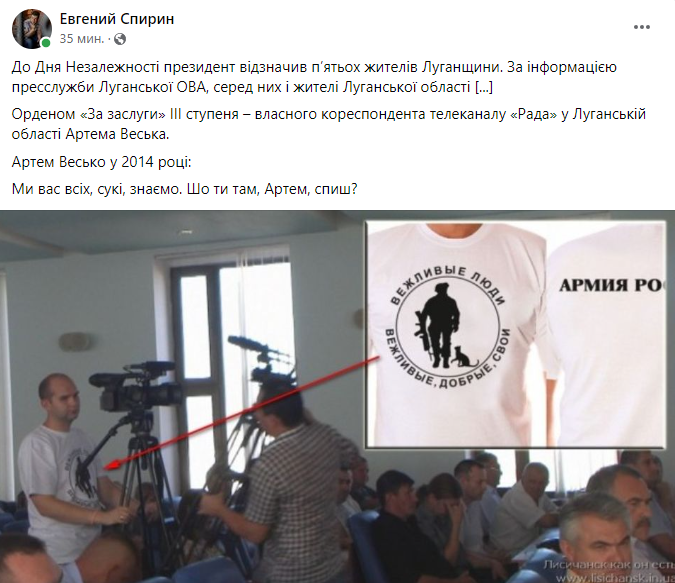 Another journalist expressed his bewilderment and disagreement with Vesko's candidacy for the award anonymously in a comment to the IMI representative for the occupied territories.

Currently, it is unclear who nominated Artem Vesko for the state award.

We will remind you that in 2014, during the annexation of Crimea, russian propaganda called the russian troops in the peninsula "polite people:" they were armed and wore no identification marks.