Starting July 16, the basic versions of Ukrainian websites must be in Ukrainian – Kremin 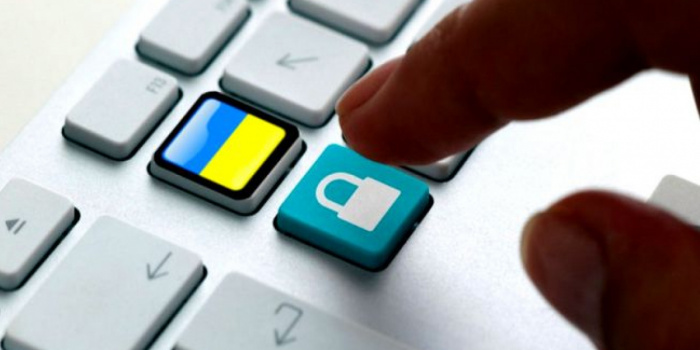 Starting July 16, Ukrainian websites must have a basic home page in Ukrainian, which will open by default for the users inside the country.

The State Language Protection Commissioner Taras Kremin announced this at a briefing in Kyiv on July 15, Ukrinform reports.

"Starting July 16, Internet resources must have a basic home page in the Ukrainian language and publish socially significant information for Ukrainian citizens in the state language... In addition, this applies to online representative offices, including websites, social media pages, state authorities, local authorities, enterprises, institutions and organizations of state and communal ownership, mass media registered in Ukraine, as well as business entities that sell goods and services in Ukraine," Kremin said.

The Commissioner added that websites may also have versions and pages in other languages, this is not prohibited, but the state language version must not be less in amount and content of information published on it than the foreign language versions, and must be the default version that opens for Ukrainian users.

At the same time, the provision does not apply to mass media websites that publish content exclusively in Crimean Tatar, English, and other official languages ​​of the European Union and indigenous peoples of Ukraine.

"On July 16, all Internet resources that are used as Internet representations of business entities registered in Ukraine, including online media resources, must have a default version in Ukrainian," Kremin added.

In addition, Kremin noted that from July 16, user interfaces must also be in the state language – this includes all information about the specifics of usage and functions of gadgets, appliances (namely household appliances), and all other devices. The Commissioner added that Ukraine is in contact with world-renowned goods manufacturers on this matter.

Sanctions for violating the language law are provided in the form of warnings and fines. The amount of the fine is between UAH 3.4 thousand and UAH 8.5 thousand for first time violations. For repeated violations, the fine may increase to UAH 11.9 thousand.

We will remind you that on April 25, 2019, the Verkhovna Rada adopted the Law "On Ensuring the Functioning of the Ukrainian Language as the State Language." Its articles are being implemented gradually. The vast majority of its norms entered into force on July 16, 2019.