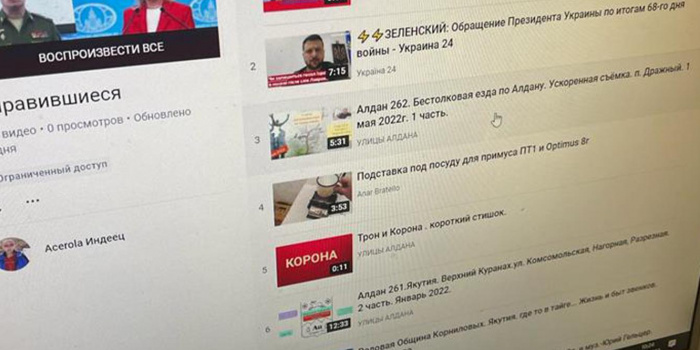 The Security Service of Ukraine exposed a Rivne resident who supported russia's military aggression against Ukraine on Telegram, as well as denied the shelling of housing infrastructure in Kyiv.

This was reported by the Rivne Regional Prosecutor's Office and the SSU Office in Rivne region.

According to the investigation, the man used his own mobile phone to use Telegram messenger to deny the shelling of housing infrastructure in Kyiv among the pro-russian community.

During the searches, SSU officers confiscated the man's equipment which he had been using to commit illegal actions. In addition, pro-russian symbols and a passport of the aggressor country were found in his apartment.

The man is suspected of committing a crime under Part 1 of Article 436-2 of the Criminal Code of Ukraine (justification, recognition as lawful, denial of armed aggression of the russian federation against Ukraine, glorification of its participants).

The law enforcers note that for committing such a crime, the Rivne resident could face up to three years in prison.

We remind that a resident of Rivne region who had been leaking information about the strategic objects in the region to russia via messengers was recently sentenced to 13 years in prison.