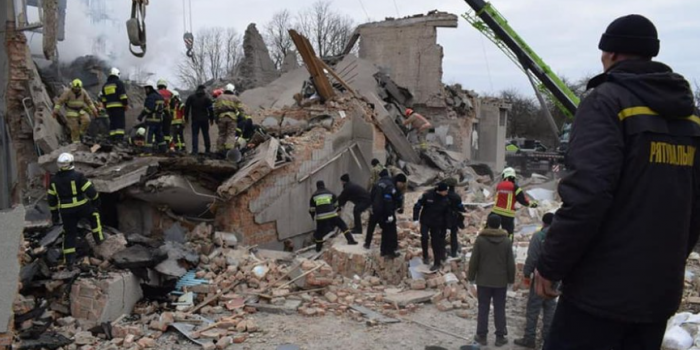 The Security Service of Ukraine issued a suspicion notice to a 59-year-old man who denied russia's armed aggression against Ukraine. In particular, he justified the shelling of a TV tower near Rivne, which killed 20 people.

This was reported by Rivne Regional Prosecutor's Office.

According to the investigation, the man is a native of the Republic of Belarus, but has lived in the Varash district of Rivne region for many years.

"He categorically denied the involvement of russian servicemen in the shelling of Kharkiv, Kyiv, Mariupol, and other cities of Ukraine. He also justified the destruction of the TV tower near Rivne and the region's civilian infrastructure by the aggressor country's troops," the statement says.

He was notified of suspicion for denying the the russian rederation's armed aggression against Ukraine (Part 1 of Article 436-2 of the Criminal Code of Ukraine).

The article's sanction provides for a maximum penalty of imprisonment for up to 3 years.

As IMI reported, on March 14 in Rivne region, the russians shelled and damaged a TV tower in Antopil village near Rivne. TV and radio broadcasting partially stopped working in the region. As a result of the shelling, 20 people were killed.