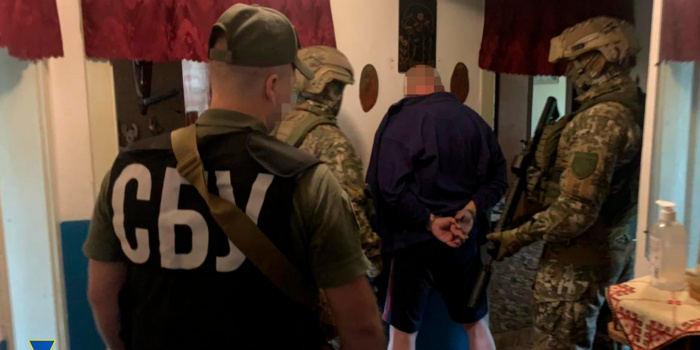 In Transcarpathia, three propagandists who called for seizing the state power and justified russia's aggression against Ukraine on the Internet were exposed.

This was announced by the SSU Office in Transcarpathian region.

To carry out the informational sabotage, the three residents of the region distributed harmful content via the websites they had created and a network of social media accounts under their control.

Searching their homes, the police found computer equipment, data storage devices and draft records with evidence of their criminal activities.

Namely, a resident of Mukachevo district, head of a public organization who campaigned for the approval of decisions that threaten the constitutional order and territorial integrity of our country on his social media accounts and groups, was exposed.

The man is a supporter of one of the leaders of a so-called "people's power" anti-government organization which called for the creation of a "Republic of Ukraine."

According to the investigation's information, the illegal activities were financed, in particular, with the help of money received by mining cryptocurrency with its subsequent processing through cryptocurrency exchange markets and electronic payment systems.

The defendant has been notified of suspicion under Part 2 of Art. 109 of the Criminal Code of Ukraine (public calls for forcible change or overthrow of the constitutional order or the seizure of state power, as well as dissemination of content calling for such actions).

Two residents of the region were also exposed for distabilizing the situation in the region and promoting pro-kremlin rhetoric. They were spreading content justifying and denying russia's armed aggression against Ukraine. This was confirmed by a number of linguistic examinations initiated by the Security Service of Ukraine.

Both defendants have been notified of suspicion under Part 2 of Art. 436-2 (justification, recognition as lawful, denial of the armed aggression of the russian federation against Ukraine, glorification of its participants) of the Criminal Code of Ukraine.

Immediate investigative actions to identify and prosecute all those involved in crimes against Ukraine are underway.