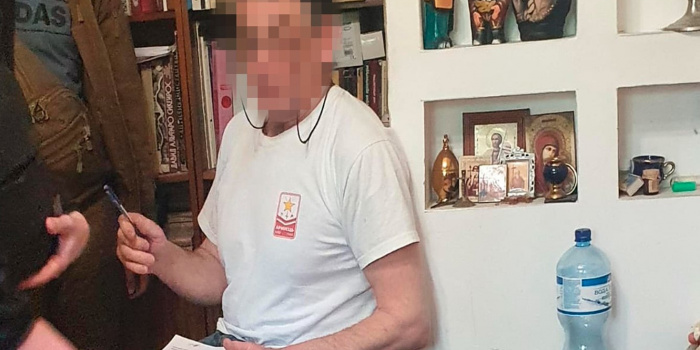 A pro-russian propagandist who hoped for a "new power" in Ukraine was exposed in Kyiv. This was reported by the SSU Main Directorate in Kyiv and Kyiv region.

According to the investigation, he ran an anti-Ukrainian network in social media and messengers with a total audience of over 350,000 users.

His messengers contained chats with russian citizens, where he expressed support for russian aggression and hoped for the establishment of a "new power" in Kyiv. "'There's terror and persecution here, they are attacking everything russian,' complained the occupiers' accomplice in his reports to his supervisor from russia," the SSU said.

In his network, the man posted content justifying russia's armed aggression against Ukraine, glorifying russian occupation forces and accusing partner countries of spreading fakes about the events in our country.

During a search of his residence in the Solomyansky district of the capital, the law enforcement officers seized computer equipment and mobile phones through which the propaganda networks were being administered.

The man involved in the proceedings has been notified of suspicion under Part 2 of Art. 436-2 (justification, recognition as lawful, denial of the armed aggression of the russian federation against Ukraine, glorification of its participants) of the Criminal Code of Ukraine. The sanction of the article provides for imprisonment for up to three years. The issue of choosing a measure of restraint for the propagandist is being resolved.