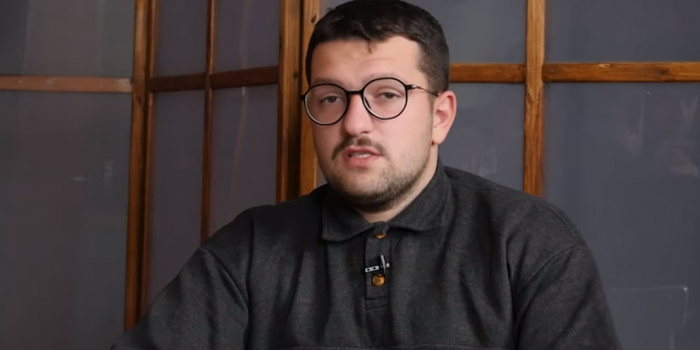 The journalist of the talk show about Ukrainian football "So-so" (To Take) nAndriy Senkiv claimed to be victim of harassment on social networks after he spoke in support of the LGBT community on one of his last broadcasts. He reported this to IMI.

According to him, on November 4, he slammed some Ukrainian footballers who made homophobic remarks. After that, some telegram channels posted links to Senkiv's Instagram and Facebook with a proposal to send him regards.

“We talk about Ukrainian football and public affairs on our TV channel. And this is not the first time, that I spoke in support of the LGBT community. Almost every time I say such things, telegram channels are filled with these posts with a link to my Instagram and Facebook. And then they write to me en masse in direct, private and in comments. This is the second or third incident, ” the journalist said.

"The last case happened after Ukrainian footballers Bohdan Butko and Artem Besedin said that they would not shake their teammate by their hand, if they found out that person was gay, that such people had no right to live in our society… I slammed them, I said they lived in the Middle Ages and if they were uneasy in this world, let them be better isolated than isolate the gays. This 30-second piece was cut off from the program, and it appeared in telegram channels, in particular on Catharsis”, Senkiv said.

After that, they started bullying him en masse in private and in comments: on freedom of speech, Mr. p.d.rst”. They called me stupid, they said "let your degenerative leftist ideas die, Andryushka".

At the same time, he did not file complaint to the cyberpolice. 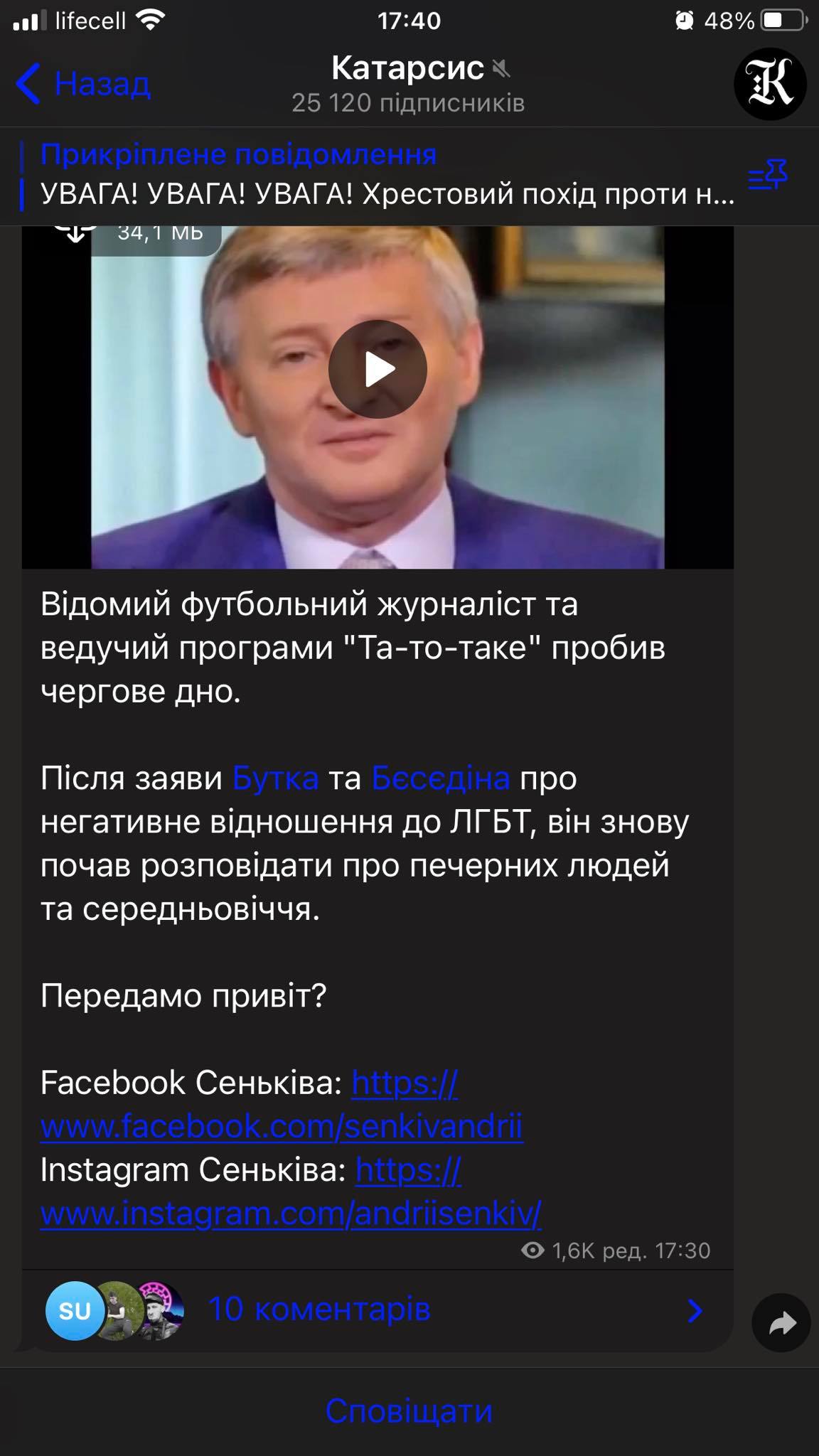 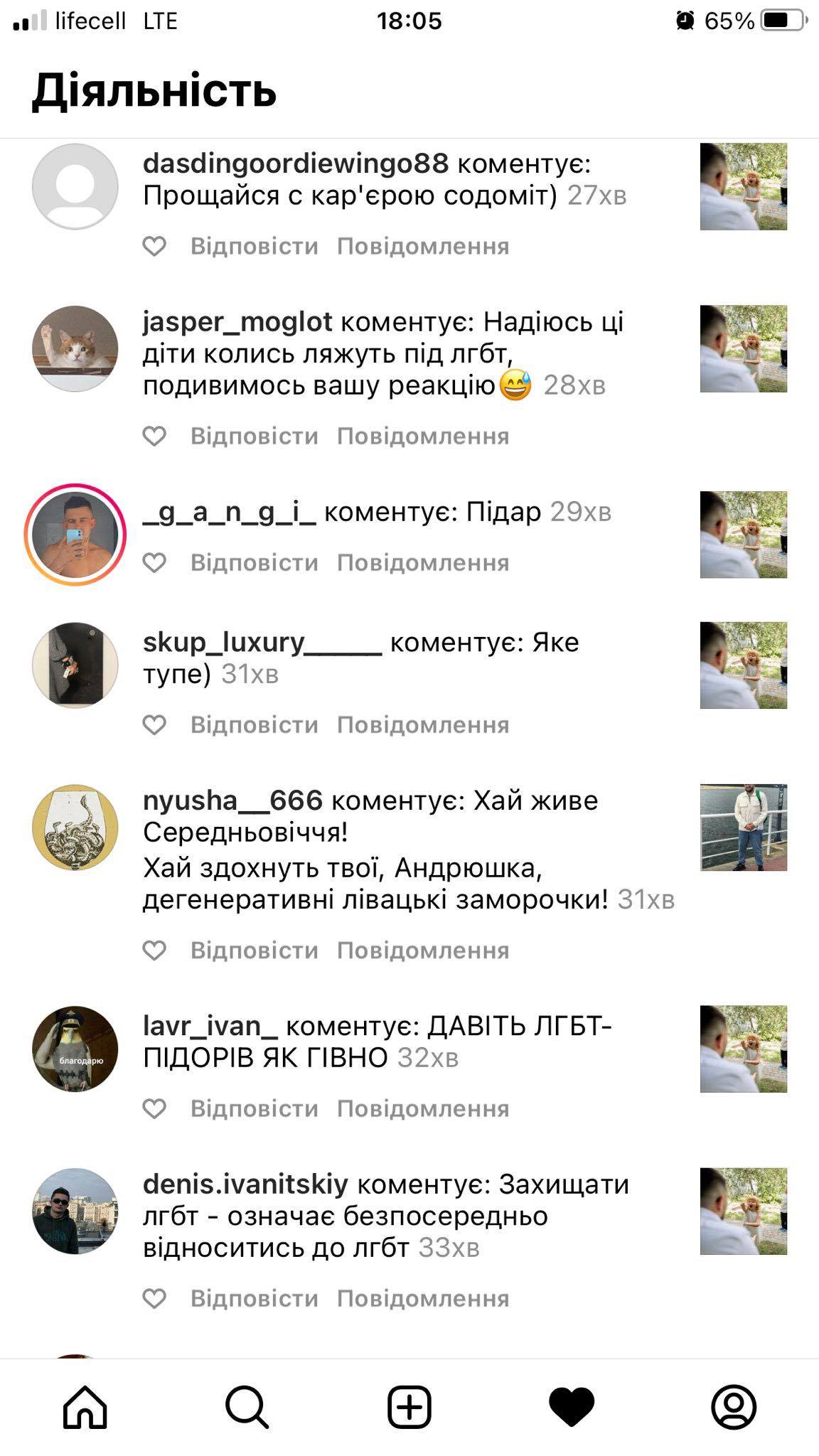