Someone tried to print clone of local newspaper Mayak 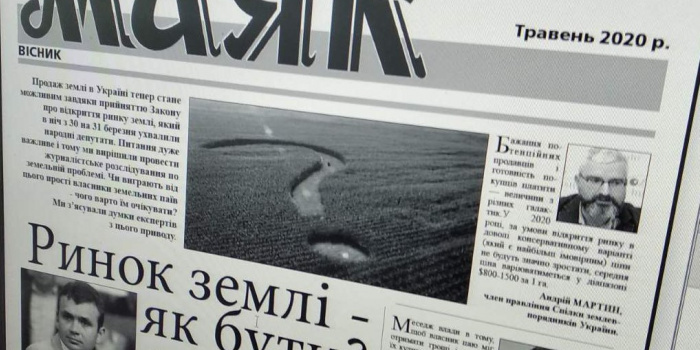 She said that the regional printing house had got a demand to print copies of the newspaper with the Mayak logo. The customer remained unknown, since the layout of the "newspaper" had no details about ordering party, its legal address, contacts, license number and the person responsible for the issue.

“Almost all the pages have stories on the deputy of the Mykolaiv regional council, elected from the district in the Mykolaiv sub-district, Igor Ivanun. In particular, there are stories about his deputy and business activities. For example, one of the columns is devoted to the "responses" of landowners who work with Igor Ivanuna and whom he allegedly had helped to register it. The front page of the newspaper opens with a publication about launching of the land market and the opinions of experts in this regard. Igor Ivanun himself was cited as one of them as well,” Yulia Tkach said.

She provided a copy of a fake edition, as well as a sample photo of the front page of one of the latest issues of  Mayak.

One could suppose that some unknown persons tried to use the title of the regional edition to divulgate some reports to the benefit of the customer.

As the IMI correspondent reported, the regional printing house refused to print that "newspaper". However Yulia Tkach assumed that some private printing houses in Mykolaiv regoion or in other cities could accept print it. In this case, the editorial board intends to seize the law enforcement agencies and the Antimonopoly Committee of Ukraine. 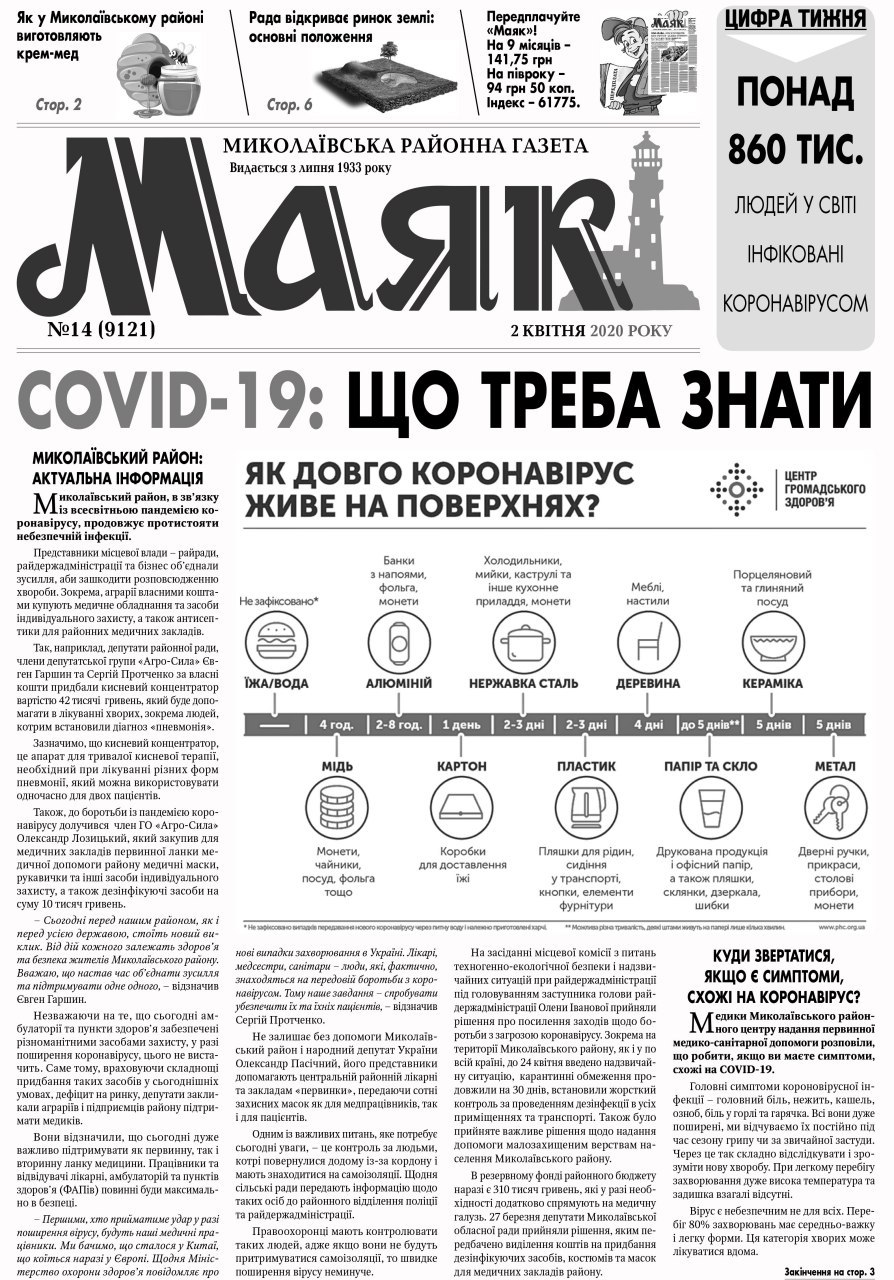 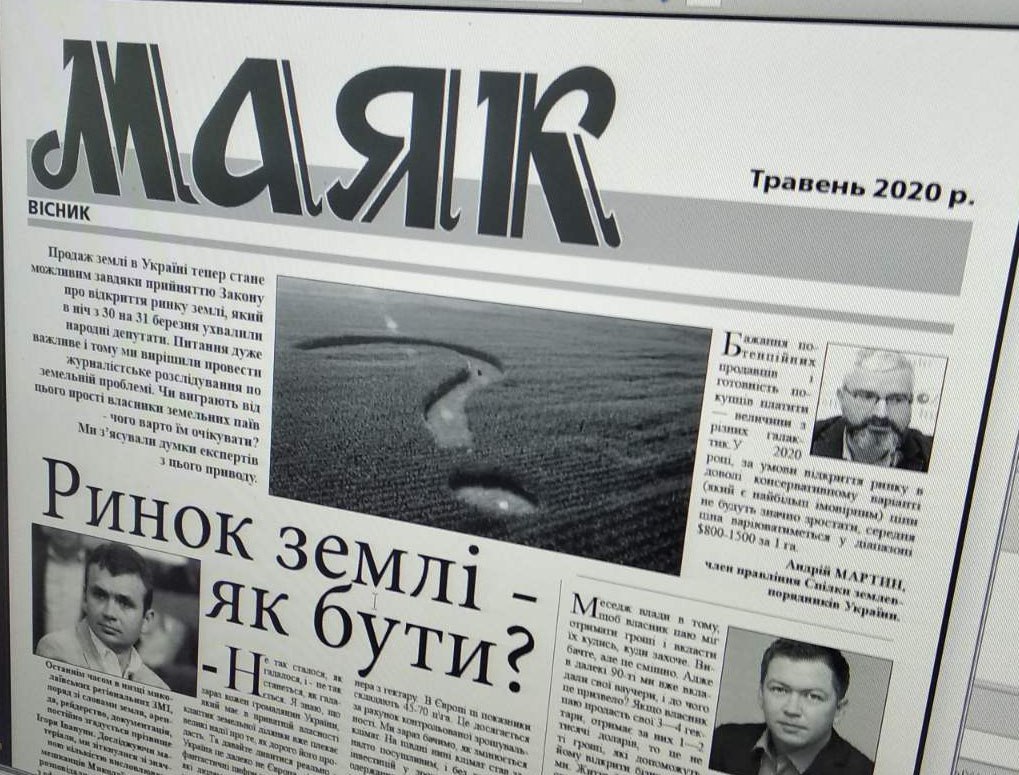 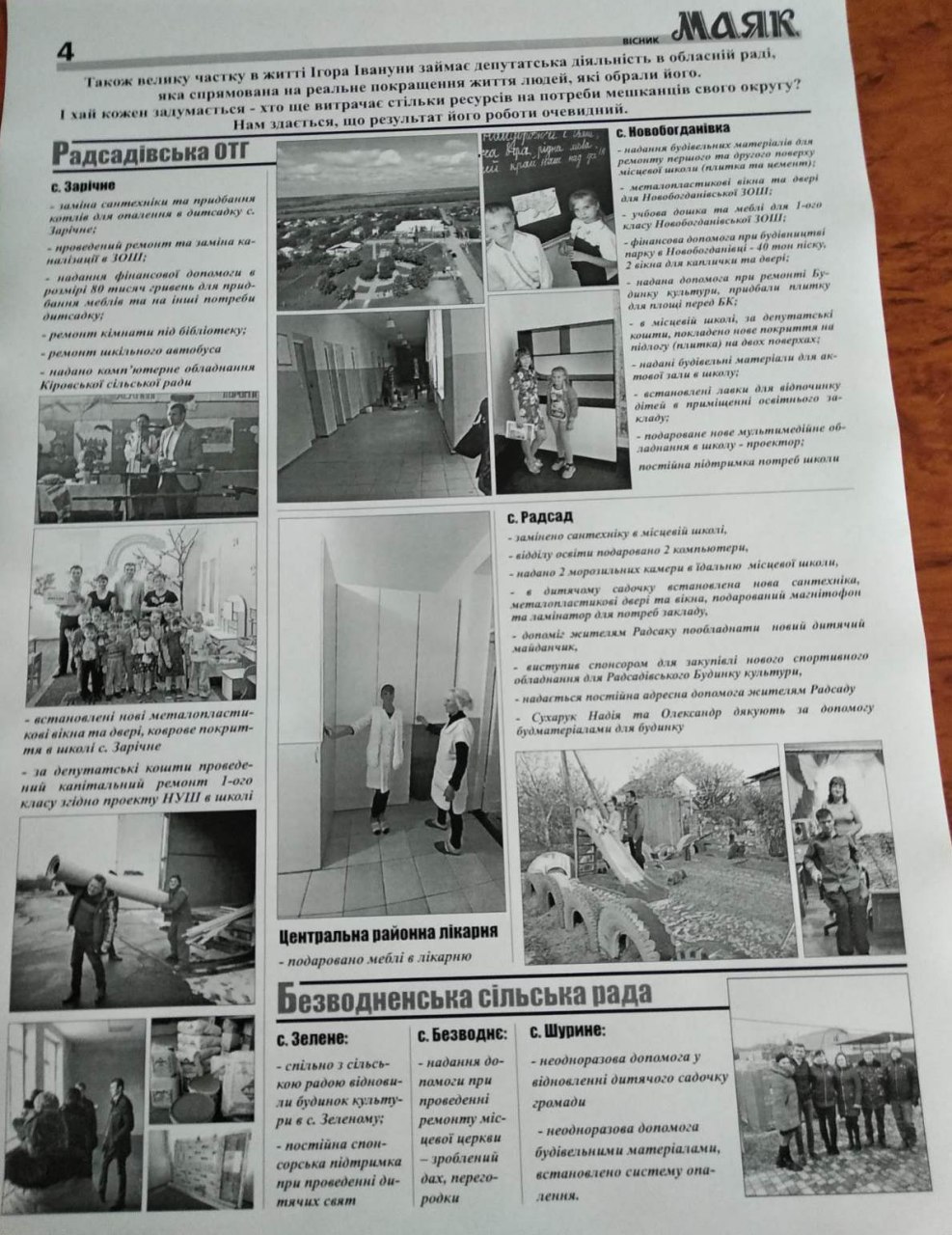