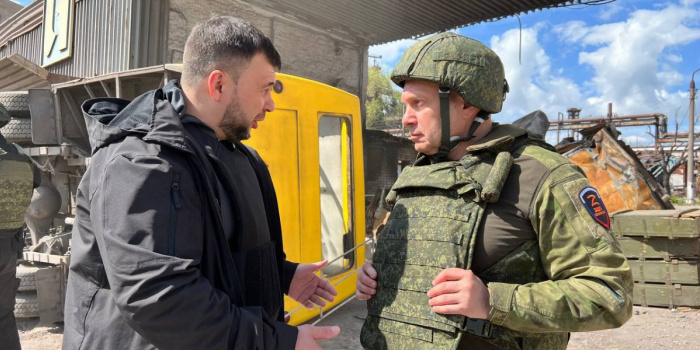 "A large-scale propaganda campaign is underway, in which russians will be shown stories about the 'joy' of local residents from meeting the occupiers. Vladimir Solovyov, a ruscist propagandist, and Denis Pushilin, the head of the Donetsk occupier administration, visited Mariupol to prepare the relevant materials," the MID reports.

Also, according to the intelligence, the first deputy head of the russian president's administration, responsible for russia's domestic policy, Sergei Kiriyenko, arrived in Mariupol and had recently been assigned the kremlin's new ORDLO superviser. His main task is to prepare for the "ceremonial events" on May 9.

As IMI reported, on March 14, the Lychakiv District Court of Lviv granted the request of the special investigator of the SBI's Main Investigation Department and chose detention as a measure of restraint for russian TV host, propagandist, member of the leading political party "United Russia" Vladimir Solovyov.