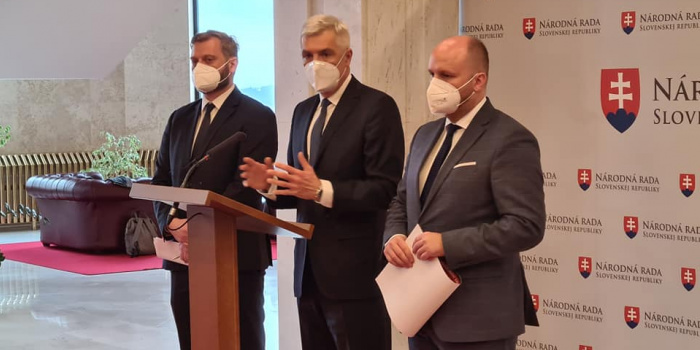 Slovakian Minister of Foreign Affairs said that Russia's arguments of build-up of its military presence near the borders of Ukraine as "NATO exercises" were not true, as “Ukrayinska Pravda” reported.

"I want to reply to the misinformation that Russia is responding to NATO exercises. No, there is no NATO exercise. I confirm that the exercises (troops) of a group of states are taking place, which, however, are transparent, duly announced in advance and with strict adherence to agreed procedures. Everyone can find this information online: it is called DEFENDER-Europe 21. We do not participate in it, unlike our neighbors Poland and Hungary, for example. So we reject the misinformation that Russia is reacting to these military movements, ” Slovakian top diplomat Ivan Korchok said.

He noted that Slovakia is concerned about build-up of Russian forces on Ukraine's border on a larger scale than before 2014.

Ivan Korchok also noted that the movement of the country's troops within its own territory is, of course, its sovereign right, but it should be done in such a way that the international community has no doubt that these actions do not pose a threat to anyone. He expressed regret that Russia refused to take part in the consultations within the framework of the OSCE Vienna Document, which is intended for such cases.

“1989 put an end to the epoch when the fate of nations and their affiliation / membership was not decided by the citizens of each specific European country. So Slovakia respects Ukraine's aspiration to cooperate with the EU and NATO, "he added.

We will remind, Russia carries out building up of the troops near borders of Ukraine. A spokesman for the European External Action Service said the EU supported Ukraine's steps amid tensions in the Donbas and near Ukraine's borders and called on Russia to refrain from steps that could lead to further escalation.

US Secretary of State Antony Blinken said that Russia would face "cost and consequences" in case of enhancing of aggression against Ukraine.