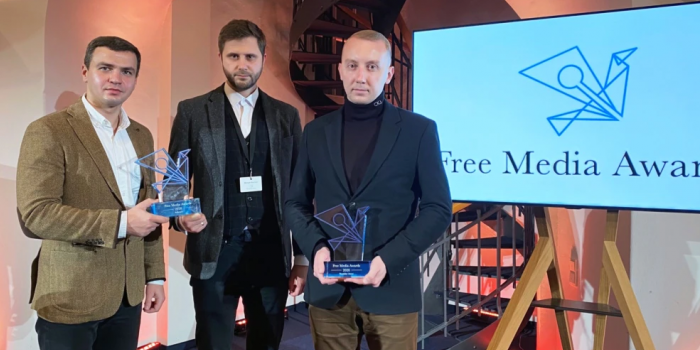 The awarding ceremony took place on November 1 in Hamburg. Last year, due to a pandemic of coronavirus infection, the award was postponed.

This international award was given to “Skhemy” program in 2020 - for investigative journalism. At the time, the organizers noted that "due to their investigations, the weekly program sheds light on political corruption and political backchannels, and journalists and the team have been repeatedly attacked due to their work."

In 2020, Stanislav Aseyev, a Ukrainian journalist and author of Radio Liberty, was also awarded the prize for reporting from occupied Donetsk. In 2017, he was captured by DPR militiamen and accused of espionage. Stanislav was released as part of a swap of detainees on December 29, 2019.

This year's winners of the Free Media Awards were exclusively Belarusian journalists and mass media: Tut.by and its reporter Katsiaryna Barysevich, the media was recognized  extremist and suspended; Andriy Bastunets and Iryna Vidanova will receive an award on behalf of the Belarusian Association of Journalists (BAJ), which was liquidated by the Supreme Court of Belarus, uphelding the claim of the Belarusian Ministry of Justice; Natalia Lubnevska, a journalist with the Nasha Niva newspaper, was honored for reporting on people persecuted by the regime; and Katsiaryna Andreyeva and Darya Chultsova, journalists of the Belsat TV channel, were sentenced to two years in prison.