Shariy won trial against fake UP 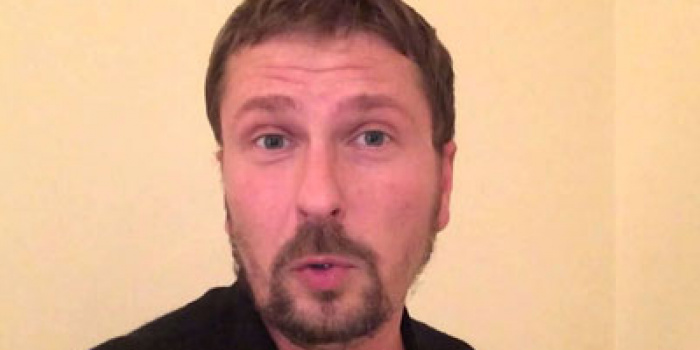 The politician and blogger Anatoly Shariy said on his Facebook page to have won the case against Ukrayinska Pravda on December 4.  But the court decision mentioned as a legal entity (Ukrainian Pravda News Agency LLC), which is not related to the online edition, as  Detektor Media reported.

The case on the claim of Anatoliy Shariy to the Ukrainian Pravda News Agency LLC was considered by the Pechersk District Court on December 4. The judge Serhiy Vovk ruled in favor of the plaintiff: he found the phrase from the Ukrainian Pravda article to be inaccurate : and charged him a court fee of 840 hryvnias (around $29). 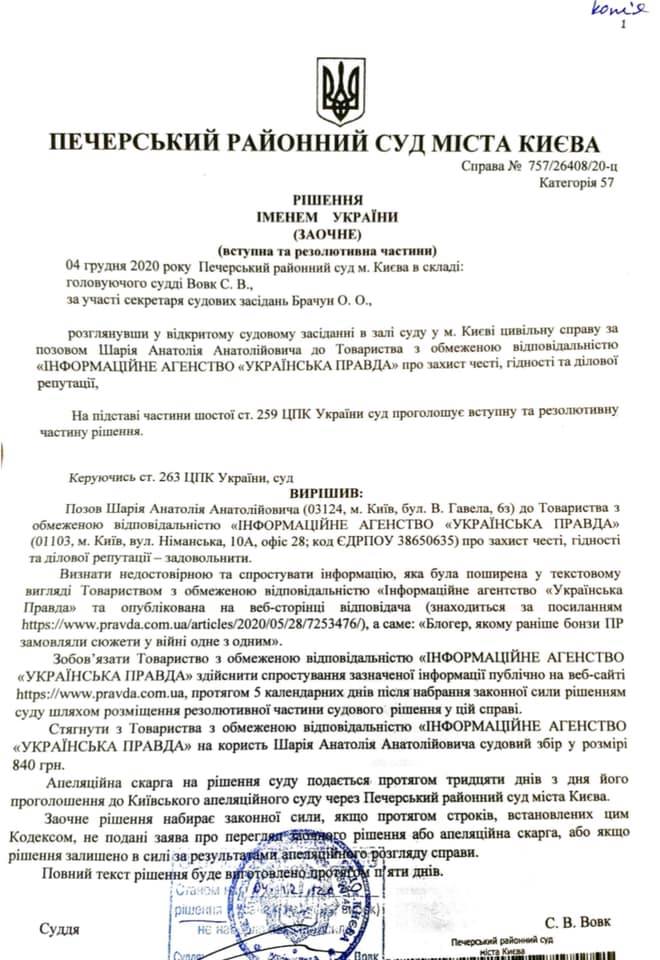 The editor-in-chief of “Ukrayinska Pravda”, Sevhil Musayeva, noted that her publication had nothing to do with the organization which lost to Anatoliy Shariy in court, so the court's decision had no legal consequences for the UP.

"We have nothing to do with the organization against which Shariy won the lawsuit. We keep records of all lawsuits, and we do not remember the lawsuits from Shariy. As far as I saw from the document he published, it is about another organization with a different registration number and head. Accordingly, it has no legal consequences for us. I don't know why Shariy is doing this. But 840 hryvnias, which he wants to collect, he can collect from the organization indicated in the decision, ”Musayeva said.

Lyudmyla Opryshko, a media lawyer with the “Human Rights Platform” NGO, found that “Ukrayinska Pravda” should not comply with this court decision.

“We have a specific debtor identified by the court. The site itself cannot be a defendant, any actions are performed by the company that administers the site. If they (the plaintiff and the court - Ed. ) have incorrectly identified the defendant, it will be simply impossible to implement this decision. "

The phrase challenged by Shariy is part of a sentence from the piece from "Ukrainska Pravda" " Let's show him together. How Zelensky's opponents are preparing for revenge ":" However, Medvedchuk’s and Levochkin's party has not only Zelensky's problem in this election, but also an unexpected opponent - Anatoliy Shariy's party. The blogger, to whom the PR big brass used to order stories in the war with each other, now takes away from the former customers a part of their electorate in the basic regions of the OPFL”.