Sexist scandals in Ukraine come to nothing - IMI expert 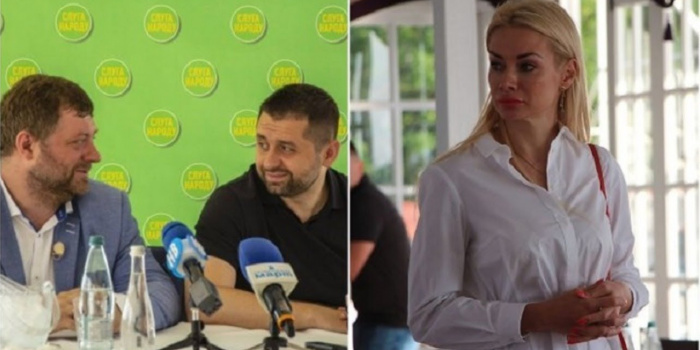 Sexist scandals in Ukraine come to nothing, as Iryna Zemlyana, media expert with the Institute of Mass Information, said. And people who speak of it may face "hate" attitude, she told interviewed by Bukvy.

Iryna Zemlyana told being disappointed with the rhetoric of MP Iryna Allahverdiyeva in response to "Kornienko and Arahamia's apology."

"She should have said that such words about any person of any sex were inadmissible not only coming from politicians, but from anyone also. And the first thing the MP had to do was to condemn these words, ”the expert said.

Iryna Zemlyana noted that she and her colleague were frequently facing "hate" on social networks, while commenting on sexist statements voice by politicians.

As for MPs Oleksandr Kornienko and David Arahamia, "they should have sincerely apologized."

"The upper echelons of our state set a bad example. This was the case of both Yanukovych and Poroshenko, and now Zelensky. Zelensky also allows himself some sexist statements. Don’t you remember his phrase about "women as a brand". He also allowed himself sexist remarks about Mykhaylo Tkach: he called him a "boy." People have to remember that sexism is not only aiming women, but men as well. The second point is that MPs have no moral code There is no internal party code of non-discrimination, like in many developed countries, organizations. Nobody in our country takes care of it, ”Iryna Zemlyana said.

Iryna Zemlyana said, such sexist scandals in Ukraine come to nothing, as usual.

We will remind, during visit to Mykolaiv, the chairman of the Servant of the People party Oleksander Kornienko and the chairman of fraction of presidential party in the Verkhovna Rada David Arakhamiya spoke of the look the female MP Iriya Allahverdiyeva had. The conversation was recorded by journalists standing nearby.

The both MPs thought that the cameras were turned off and the sound was not recorded, when Kornienko said that their colleague Iryna Allahverdieeva was "a working bitch, like a ship's pine," and "a cutie pie, all told."