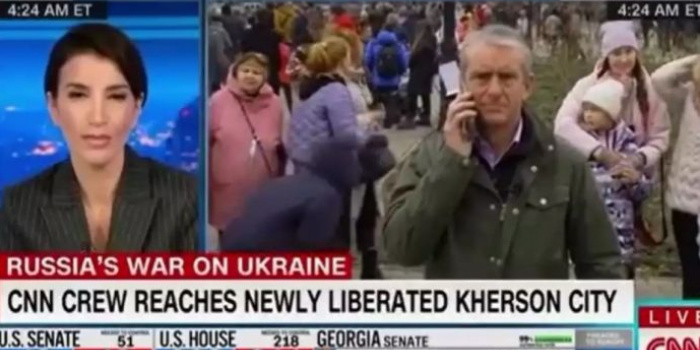 Several media representatives who had violated the rules of working in combat zones had their work permits revoked and their press cards invalidated. This was reported by the press center of the UAF General Staff.

"Recently, some media representatives have been ignoring the existing prohibitions and warnings and carrying out media work in Kherson city even before the stabilization efforts were completed, without the consent of the relevant military units' commanders and public relations offices.

"Such actions are a gross violation of the requirements of the UAF Commander-in-Chief's order No. 73, dated 03.03.2022, and the relevant orders issued by the military command. Due to this, several media representatives who violated the rules of working in combat zones had their work permits revoked, and their press cards have been declared invalid," the message reads.

Citing its sources, Detector Media reports that the work permits of at least six journalists, including those from CNN and SkyNews filming crews, have been revoked. Suspilne and Hromadske's filming crews have also been working in Kherson after the liberation of the city. The Rada channel has also done a live stream from Kherson.