"Servants of the People" to boycott Akhmetov's TV channels 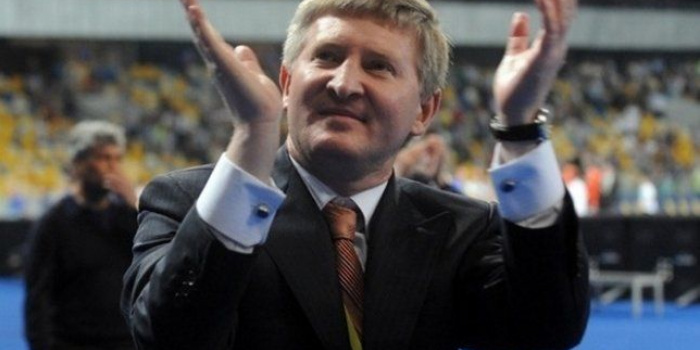 MPs from the "Servant of the People" claimed that they would ignore the media owned by Rinat Akhmetov. The statement was published by Deputy Speaker of Parliament Oleksander Korniyenko and spokeswoman for the “Servants of the People” Yulia Paliychuk.

Since recent months, Ukraina-24 and Ukraina TV channels have become openly propagandistic ones “DTEK-24” and “Oligarch”. It is clear. Of course, we respect the right of the owner to freely dispose of his property in a lawful manner. We also respect the right of any media to the independence of its editorial policy. But we will never agree to the use of TV channels and journalists to blackmail the state and society in order to lobby the business and political interests of the owners, ”the statement reads.

In particular, MPs accused these channels of spreading fake news and denying them right to reply.

“Today, our team made a joint decision - to ignore the media, which the owner deliberately turns into his corporate loudspeaker to blackmail the state and society. If the owner considers it beneficial for him to distort journalism so that only paid or manipulated in DTEK's corporate interests discussions take place on his channels, then a well-balanced participation of any politicians who are independent from the oligarch is simply impossible, ” the MPs said.

They promised to reconsider the decision when "the oligarch will allow newsrooms and journalists to return to work according to generally accepted standards of journalism."

Dmytro Belyansky, a member of the Media Group Ukraine Supervisory Board, called the boycott of Ukraina and Ukraina 24 TV channels by the “Servant of the People” party a response to “The Freedom of Speech program with Savik Shuster”, during which Wagner-gate was discussed, as Detector Media reported.

According to Dmytro Belyansky, the MGU "works in strict compliance with the interests of society, strictly adhering to the standards of journalism and the principles of freedom of speech."

"We cannot ignore the results of the Bellingcat international investigation into the Wagner Group’s special operation, the Ukrainian president's offshore issue, or other high-profile investigations. The authorities have the right to comment or refuse to comment, but the information of public interest will always be made public.

The editorial policy of the Ukraina and Ukraina 24 TV channels has not changed, does not change and cannot change, as it is entirely based on the principles of freedom of speech. Rinat Akhmetov, a shareholder in Media Group Ukraine (MGU –n/tr), does not interfere in the editorial policy of Ukraina 24, as well as other MGU assets, and has repeatedly stated this openly. He had not interfered in it before and I cannot imagine that any circumstances could persuade Rinat Leonidovich to interfere in it in the future, " Belyansky said.

Belyansky added that the Ukraina 24 news TV channel is a channel of various opinions.