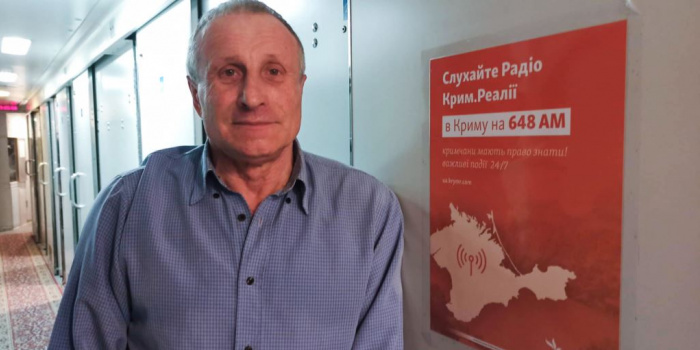 The case of Mykola Semena at the ECHR has been postponed until, another case, Ukraine v. Ruissia will be tried, as the contributor to Krym.Realii (RFE/RL) project and former Crimean political prisoner said interviewed by Krym.Realii.

As Semena added his case was pending since a long period of time in the ECHR. It is pending, but  individual cases have been postponed until consideration of the claim of Ukraine against Russia over the issue of Crimea. "The case (in Crimea. - Ed. ) progressed following its intended course, not the judge decided in the case, but other people. She ignored the arguments of defense and only backed the prosecution's initiatives. But I find that, based on international law and UN rulings on freedom of expression, we managed to prove that me, as journalist, I have not violated anything. First, Crimea does not belong to Russia, and discussing its status is not an encroachment on Russia's territorial integrity. Secondly, this was an inverted consciousness here: people defending the truth have been portrayed as terrorists and extremists, while Russia itself has committed an international crime and seized part of Ukraine's territory, ” Semena said.

Earlier, the lawyer of the Crimean journalist Oleksander Popkov reported that the party of Semena's defense had lodged a complaint with the European Court of Human Rights against the decision of the Russian court in Simferopol, which sentenced him to probation and a ban to have  public activities.

In September 2018, they reported that the European Court of Human Rights had refused to grant a priority consideration to the application filed by Crimean journalist Mykola Semena against a Russian court ruling in Crimea.

As it was reported by IMI, on February 18th, Semena left Crimea and arrived to mainland territory of Ukraine for treatment.

on January 28, 2020, Mykola Semena  received court papers officially confirming the termination of his probation and the expunging of his criminal record. The court in Crimea’s capital, Simferopol, on January 14 ruled to prematurely terminate the probation period and expunge the criminal record of Mykola Semena, who had been convicted of separatism on the peninsula.

Mykola Semyna's defense party has filed complaint with the European Court of Human Rights contesting the decision of Russian court in Simferopol. However, the ECHR rejected to give priority to Mykola Semena's complaint.