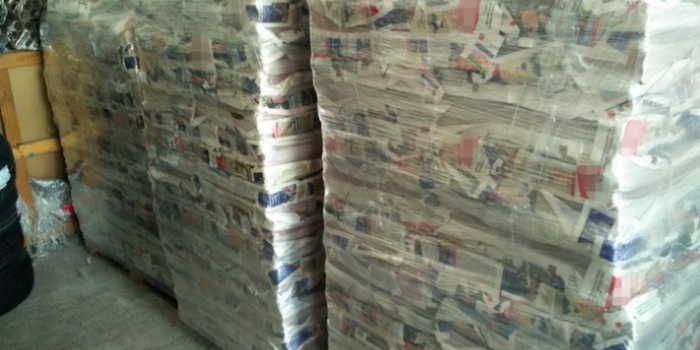 Security Service revealed a group of provocateurs who prepared a number of propagandistic actions during commemoration of the Day of Heroes of the Heavenly Hundred in Odesa.
According to the press service of the Security Service of Ukraine.

"To destabilize the socio-political situation in the region attackers planned to spread provocative printed materials aimed to manipulate public opinion and discredit senior management of the state," - the report says.

SBU seized two and a half tons of fake newspapers similar to the official publications of one of the political parties represented in the Parliament.
"Fabrications contained original data and copies that meet real press. Detectives of special forces established that the goods have been delivered to Odessa from Kyivб" - reported in the department.

According to information, the main executors of the action - a citizen of Ukraine, a resident of the capital, and a Russian citizen, a resident of Odesa. They have received 18 thousand UAH for their work.
"They have already managed to pick up 30 spreaders of fake publications and rented a storage to keep newspapers," - the SBU noted.

Law enforcement officers are ascertaining identities of those who involved in the anti-Ukrainian propaganda actions.