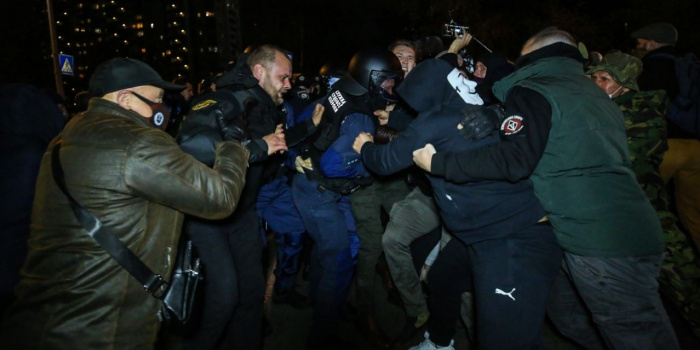 The incident occurred when the journalist was filming clashes between activists and security forces near Kyiv's Shevchenkivskyi District Court after hearing the case of Pavel Sheremet's murder.

According to Kushnir, the persons who came to support the defendants blocked the exit from the territory of the court, and the security forces pushed people away to clear the passage.

“It happened at the moment, when I was filming in the crowd of policemen after another clash. The police pushed me out by force, it was unclear why they did. When the cops pushed me back, I warned that I was the press. They refused to name themselves. It was not clear why they grabbed the lens and tried to break it, ”Marian Kushnir said.

He did not file complaint with the police.

“I talked to the police superiors who worked on the spot. They apologized and promised to talk to the police officer, ”he said, adding that the camera was finally found out not to be damaged.