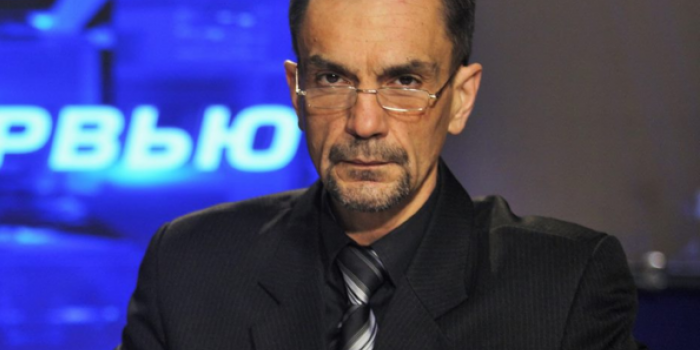 The Security Service of Ukraine issued a suspicion notice for collaborationist activities to Honored Journalist of Ukraine Leonard Svidovskov, who works for the "State Television and Radio Company of the LPR" ("LPR STRC").

This is stated in the text of the suspicion notice.

According to the investigation, in 2014 Svidovskov started working as a journalist for the Novorossiya channel. Later, he held the positions of deputy chairman for commodity production issues of "LPR STRC" and editor-in-chief of the social and political programs editorial board. The channel broadcasts anti-Ukrainian content on a regular basis.

Svidovskov holds a senior position in the "LPR STRC," which is subordinate to the "LPR Ministry of Communications."

After the start of russia's full-scale invasion of Ukraine, Svidovskov supported the aggressor's actions. He also spreads content that discredits the Ukrainian authorities and the Armed Forces of Ukraine also on his social media profiles.

On YouTube and Rutube, Svidovskov hosts the channels of his own project "Parallels." He also spreads information on Telegram, Vkontakte, Facebook, and Odnoklassniki.

For performing informational activities in cooperation with the aggressor state and its occupation administration, a person faces from 10 to 12 years of imprisonment with a prohibition to engage in certain activities or work in certain positions for a certain period of time, with or without confiscation of property.

The website of the Luhansk Regional Prosecutor's Office also published a summons for Leonard Svidovskov to the State Security Service in Luhansk and Donetsk regions, which is currently based in Dnipro. The investigative department is waiting for the collaborator on July 4, 5 and 6 at 10:00 a.m.

As IMI reported, despite the fact that Svidovskov has been supporting the russian occupiers since 2014, he did not renounce his title of "Honored Journalist of Ukraine" publicly, and continues to use it.