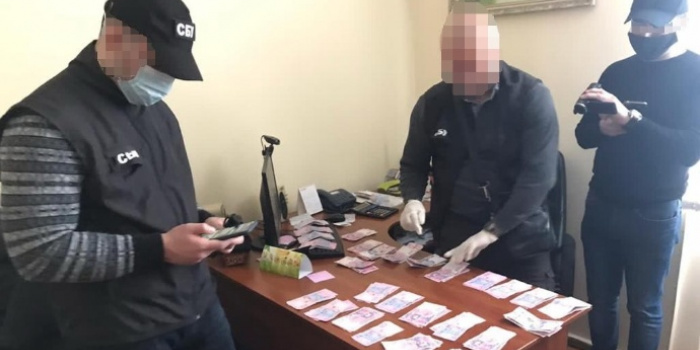 On December 1, the Security Service of Ukraine (SBU) conducted searches at the Ivano-Frankivsk branch of the Public broadcaster. Police detained a manager on suspicion of bribery, as Hromadske reported with reference to the press service of the "Public".

According to investigators, the branch managers is to be charged with committing a crime under Part 3 of Art. 368 ("Acceptance of the offer, the promise or reception of illegal benefit by the official") of the Criminal code. The sanction of the article provides for up to ten years in prison.

According to the SBU, the manager was denounced for systematic extortion of bribes from subordinates for the appointment of monthly bonuses and salary supplements. During the pre-trial investigation, the special services documented the fact of receiving illegal benefits from subordinates in the fall of this year. The manager was detained after receiving another bribe in the office.

The Public broadcaster noted that if the employee's illegal actions are confirmed, the broadcaster "will take appropriate measures against the perpetrators." They also said that they expected an objective, comprehensive and lawful investigation by law enforcement agencies and were ready to assist the investigation.

"At the same time, it is important that the investigation be transparent and show no signs of any pressure on the company. The Public broadcaster is not indifferent to the fate of its employees. As in any civilized country, we accept the presumption of innocence until proven otherwise." - it is spoken in the statement.