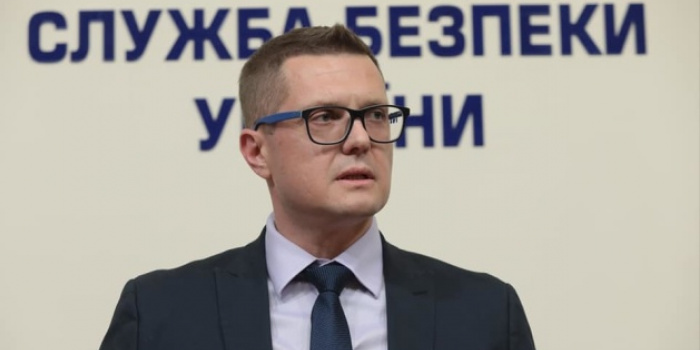 Chief of the Security Service of Ukraine (SBU) Ivan Bakanov has said that the search in the office of the 1+1 TV channel conducted on February 5 was a necessary investigative measure and not an attempt to pose pressure on the media, as Interfax-Ukraine reported.

"We are not speaking about oppression of journalists of the 1+1 TV channel or limitation of freedom of speech in Ukraine in this situation. We are not speaking about it in principle. We are speaking about an unbiased and versatile investigation into the criminal case on illegal wiretapping of the government head. Investigatory procedures were conducted not only at 18 Kurenivska Street, but also at other addressed of persons under investigation," Bakanov said, according to the SBU's press service.

The SBU chief also said that journalists should be interested in finding the truth in this high-profile case and assist the investigation.

As reported, the SBU conducted a search at the editorial office of the Secret Materials program of the 1+1 TV Channel on February 5.

The Ukrainian media reported that the search was related to the case on wiretapping in the meeting room of Ukrainian Prime Minister Oleksiy Honcharuk. The investigators allegedly suspect journalist of the 1+1 TV Channel Yevhen Kuksin of having leaked the audio recording.

On January 16, 2020, a number of Telegram channels circulated an audio recording in which several people discuss the preparation of an economic policy report for the president, as well as the causes and possible effects of a stronger hryvnia. A person whose voice resembles [Prime Minister of Ukraine Oleksiy] Honcharuk's says the president has "primitive" notions about economics and refers to himself as "clueless about economics." The conversation was said to have been recorded on December 16. In addition to Honcharuk, the meeting was supposedly attended by National Bank of Ukraine Deputy Chairperson Kateryna Rozhkova, Finance Minister Oksana Markarova, deputy chief of the presidential office Yulia Kovaliv, and others.

Later, the Security Service of Ukraine opened a criminal case on the fact of wiretapping in Honcharuk's office.