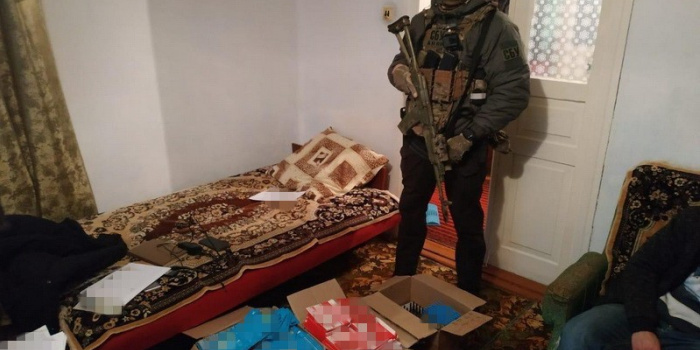 Ukraine’s Security Service (SBU) on February 17 said it had disrupted a network of “bot farms” and seized computer and telecommunications equipment that were supported by Russian online services in five Ukrainian cities, as Radio Free Europe/Radio Liberty reported.

Telecommunication platforms were used to create and promote 8,000 fake social-media accounts and groups that were used to spread “fake information about the situation in Ukraine, incite protests, scare the public, send notices of bomb threats at critical infrastructure sites,” and troll the accounts of high-ranking officials, the SBU reported on its website on February 17.

The operation took place in the capital, Kyiv, and in Kharkiv, Dnipro, Dubno, and Irpin.

These accounts were registered on the Internet through Russian online services that provided virtual mobile-number services.

Some of the equipment was used to illegally reroute mobile-phone traffic from two “illegally created” mobile carriers that operate in territories that Russia-backed forces control in the eastern part of the country, the SBU said.

The involvement of Russian special services and intelligence bodies in the bot farms is being checked, the SBU said.