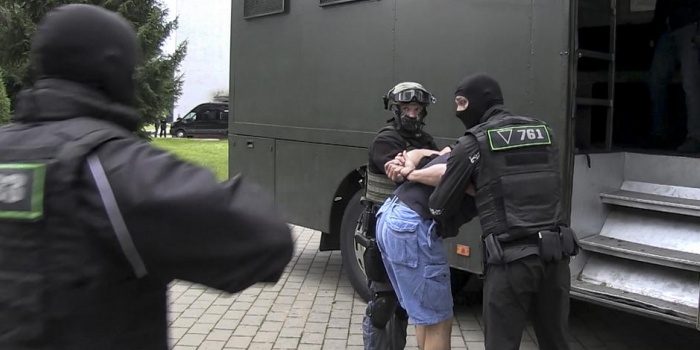 The State Bureau of Investigation (SBI) probes into the leak of documents on an impending special operation to detain the Wagner mercenaries, as this is reported on the SBI’s website .

“On November 18, 2021, some documents were made public on the Internet containing an information on the planning and implementation by the Main Intelligence Directorate of the Ministry of Defense of Ukraine and the Security Service of Ukraine of measures related to the detention of Private Military Contracting Agnecy Wagner fighters in Ukraine. As part of the launched criminal proceedings, the authenticity of these documents will be verified, and servicemen who had access to these documents and may be involved in its leakage will be identified, ”the statement reads.

Proceedings were opened for disclosure of information constituting a state secret, a person to whom this information was entrusted or became known in connection with the performance of official duties, in case of the absence of signs of treason or espionage (under Part 1 of Art. 328 of the Criminal Code).

The Journalist Yanina Sokolova made public the files. This happened after the release of the Bellingcat investigation , which revealed disrupture of the Ukrainian special operation to detain the contractors of Wagner Group. The documents allegedly confirmed that the disrupture was due to the fault of the country's leadership. The president's office called it a serious blow and accused the journalist Yanyna Sokolova of being involved in counterintelligence actions of Russia's intelligence.

On July 29, 2020, 33 contractors of Wagner Group were detained outside Minsk. Ukraine declared that there were 28 Wagner contractors who had been involved in war crimes in Donbas. Ukraine asked Belarus to extradite the Wagner mercenaries, but Belarus handed them over to Russia.