SBI dropped case against MP Ponomaryov for obstruction of work of journalist with Censor.net 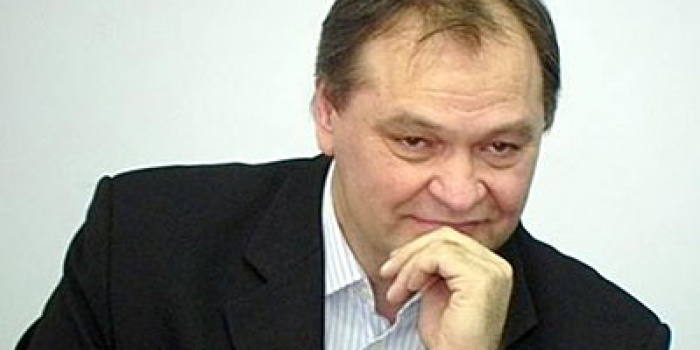 The State Bureau of Investigation (SBI) has dropped the criminal proceedings against Oleksander Ponomaryov, MP from “Will of the Pople” group at the time of the fact, now MP from “Opposition Platform for Life”(OPFL). The MP was accused of an attack against Ivan Marusenko, parliamentary correspondent for the Censor.Net online edition and the journalist with "Kamenyari-info" Mikhail Kryvoruchkin in 2018. DetektorMedia reported it with reference to Marusenko's Facebook page.

"The SBI illegally dropped the criminal case, covering up the MP from OPFL Oleksander Ponomaryov," he said.

Criminal proceedings for obstructing the lawful activities of journalists had been instituted on February 7, 2018.

"They have been delaying the investigation within the case for two years and for various reasons, but earlier this year the case was deferred to the SBI, as it turns out, solely in order to drop it. In order to drop the criminal case, the SBI investigator Amelin decided to name “private and confidential” the conversation between the two MPs who loudly and openly were discussing the conflict in the parliament, when MP Serhiy Sobolev accused a MP Ponomarev of illegal actions, in fact, of sabotage of Ukrainian army and the journalists who were filming this conversation, as to the DBR investigator Amelin, had to ask the MPs’ authorization to take pictures of them at work in the parliament, because otherwise their activity was "illegal", as the journalist Marusenko commented on activity of the SBI investigator. Marusenko called the statement of the investigator "completely farfetched and illegal."

Marusenko said he had appealed the State Bureau's decision before the Prosecutor General's Office.

Besides that, he urged journalists to support him, because "in such situations, only public reaction can stop "judiciary dealmakers" to make their shady deals."

As IMI reported, on February 7, 2018, Member of Parliament from the group “Will of the People”, former member of the Party of Regions, Oleksandr Ponomariov, pried off mobile phone from the hands of the parliamentary correspondent of the online media outlet "Censor.NET" Ivan Marusenko, while the journalist was recording the commentary of MP using the cell phone camera, Censor.NET reports. The incident took place on February 7 on the sidelines of the Verkhovna Rada, when the journalist was recording a heated conversation of Ponomariov and MP from “Batkivshchyna”, Serhiy Sobolev. The latter reported on February 6 about the scheme of purchase of machine oil for the military that caused malfunction of their vehicles.

The Prosecutor's Office of the city of Kyiv opened a criminal case under Part 1 of Art. 171 ("Obstruction of lawful professional activity of journalists") of the Criminal Code.

On May 18, the Prosecutor General's Office submitted to the Verkhovna Rada a motion to consent to the prosecution of MP Ponomarev.