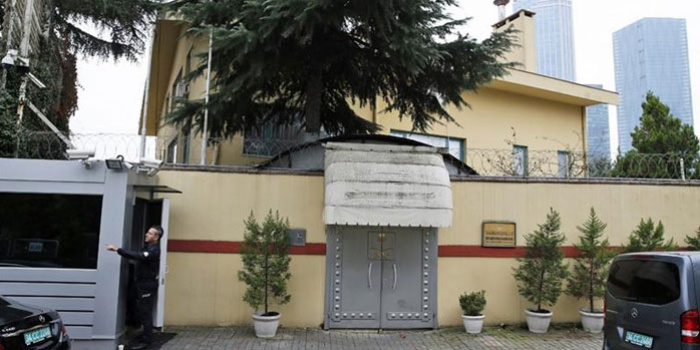 Turkish broadcaster says consular building in Istanbul was sold for as little as a third of value more than a month ago, as Al Jazeera reported.

According to Habeturk TV, the building, located in the upscale Levent neighbourhood, was sold more than a month ago to an undisclosed buyer for a third of its value.

"A new building for the consulate had already been purchased in Sariyer district, which also hosts the US Consulate," it added.

The Turkish broadcaster said that Saudi authorities would have needed approval from Turkey's foreign ministry before proceeding with the property's sale.

However, an official at the Turkish foreign ministry told the Middle East Eye that Turkey had no information to confirm the sale.

Khashoggi, a Washington Post contributor who was living in the United States, had gone to his country's consulate in Istanbul on October 2, 2018, to collect documents for his planned wedding before he was killed and his body dismembered.

Turkish media reports suggested his remains, which have never been found, were dissolved in acid.

Sources told Al Jazeera there was circumstantial evidence suggesting Khashoggi's remains were incinerated in the garden of the consular general's residence, 300 metres from the consulate.

The Saudi security team that visited Turkey immediately after Khashoggi's murder had prepared a technical report that said they could not discover all the bugs in the consulate and, therefore, a new building was needed, Haberturk TV said.

"The Saudis are also trying to sell the consul general's official residence, which is located very close to the consulate. But they couldn't find any buyer yet."