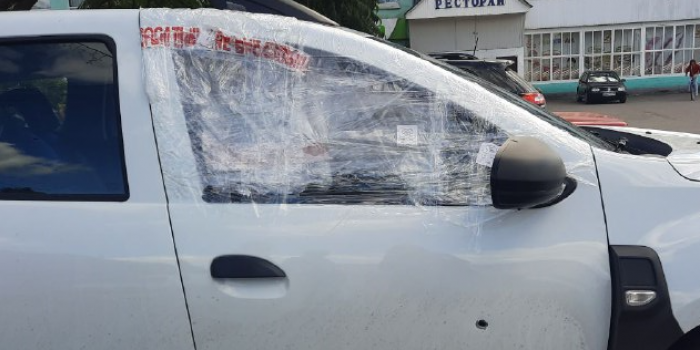 While the crew was working on a story about the aftermath of shelling in the village, explosives were dropped on the them from a drone. The journalist, the cameraman, and the drivers were unharmed.

The editors note that the enemy probably aimed at the TV channel's car. The fragments damaged the door and broke the window.

Senkivka is located on the border that Ukraine shares with russia and Belarus. Despite the fact that the enemy opens fire every once in a while, people continue to live there.

As IMI reported, on August 11, the Ukrainian Witness filming crew came under russian fire in Avdiivka. The journalists believe that the shelling attack was targeting them.