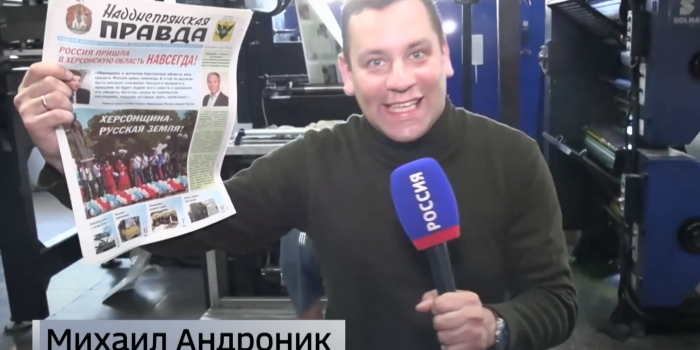 Photo: screenshot from the reportage

The russian occupiers have started printing their newspaper in temporarily occupied Kherson. This was reported by one of pro-russian propaganda outlets in Crimea.

The newspaper was named "Naddnepryanskaya Pravda," i.e. same as an already existing newspaper which had been published in Kherson region since 1918.

The newspaper is being printed in the Kherson city printing house, which the russians seized in May.

It will be recalled that the printing house is privately owned and belongs to Natalia and Mykhailo Novytskyy. The latter is the publisher of the most popular newspaper in the region, "Hryvna," which ceased publication on February 24.