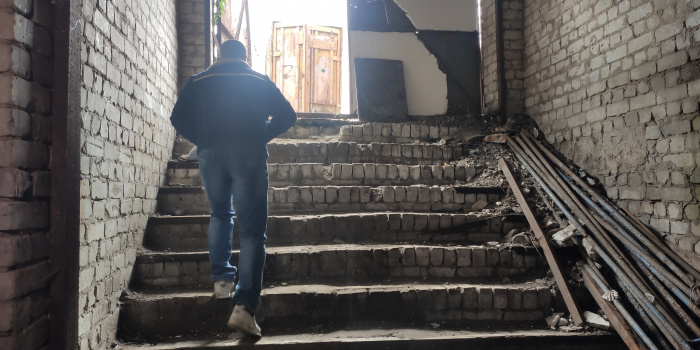 While Kozacha Lopan (Kharkiv oblast) was occupied, the Russians beat an ATO participant before forcing him to record a video address for a propaganda video. During the month he spent in captivity, the man has been beaten and tortured with electricity.

This is mentioned in Hromadske Radio's report "They filmed me on camera, and beat me on the ribs beforehand – Kozacha Lopan resident about the abuse he suffered at the hands of the occupiers."

"They were filming me on camera. They beat me in the ribs, broke two ribs under the heart. On the fifth day, they took me out of the basement. Their "television" was filming me. They needed this pathos, that here, we caught a so-and-so. I've been out of service for two years, I was a civilian. I worked here at a factory. But they had to catch an ATO guy. And I had to confidently call on the Ukrainian army to lay down their arms on camera. So you understand, I had no choice. When they finished, everything was by the tablet, by a questionnaire. They asked the questions and discussed everything with me – how and what I will say. When I said everything, they started packing up the cameras. Turning off the light. And then this guy runs in, they called him "Combat," this big dude in uniform. Well, he says, should we 'mash him up' some more to keep recording? And they say, 'No, that's it, the interview is over,'" the man said.

The occupiers also hung a lot of propaganda in the torture chamber – from periodicals to leaflets. Piles of "literature" were brought from Belgorod to this place, as it was to one of the occupation authorities' headquarters. A special issue of "Komsomolskaya Pravda" about Kharkiv oblast still remains at the village council. The front page: a portrait of Putin, children with the Russian tricolor, and fakes about round-the-clock assistance the Russians are providing to people. Even the crossword there is like a wartime dictionary. The 50,000 print run was prepared by the "Boevaya Gazeta" editorial office. This is according to the source data on the pages. "Kharkiv Z" has no names of authors or information about the editorial office. Everything is anonymous. Only links to radio and TG channels branded with the same Z's. It was the so-called departmental newspaper of the occupation administration: the first page had an article about Putin and the fake head of Kharkiv oblast, Vitaly Ganchev, said Oleksandr Kulik, head of the Derhachi City Council's information department.

"Ganchev did not sit here. He only came here every now and then, bringing Russian propaganda press, the mass media. And here they filmed videos for him: how Russia is helping the 'peaceful citizens.' And then they were away again," said Oleksandr Kulik. 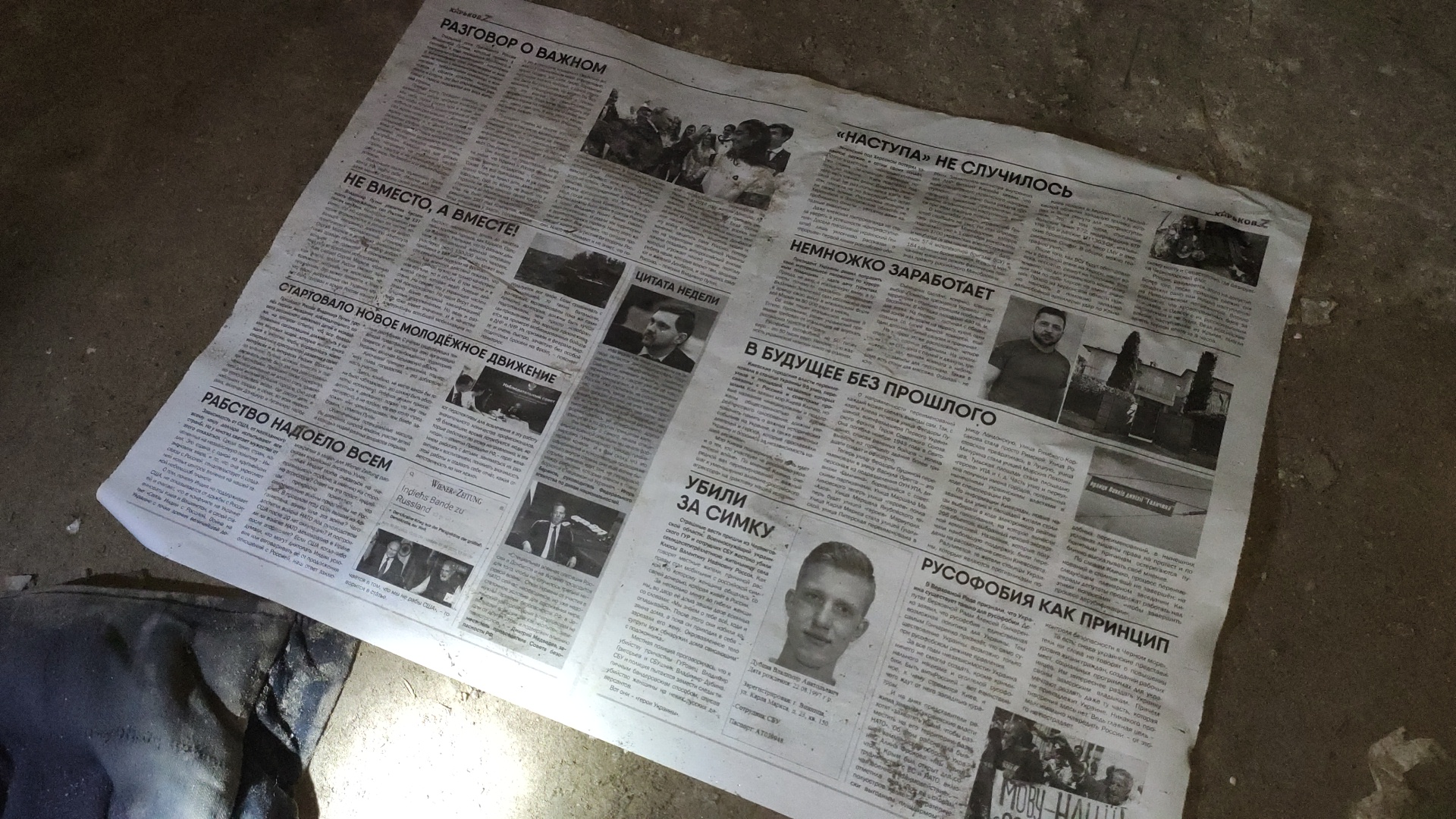 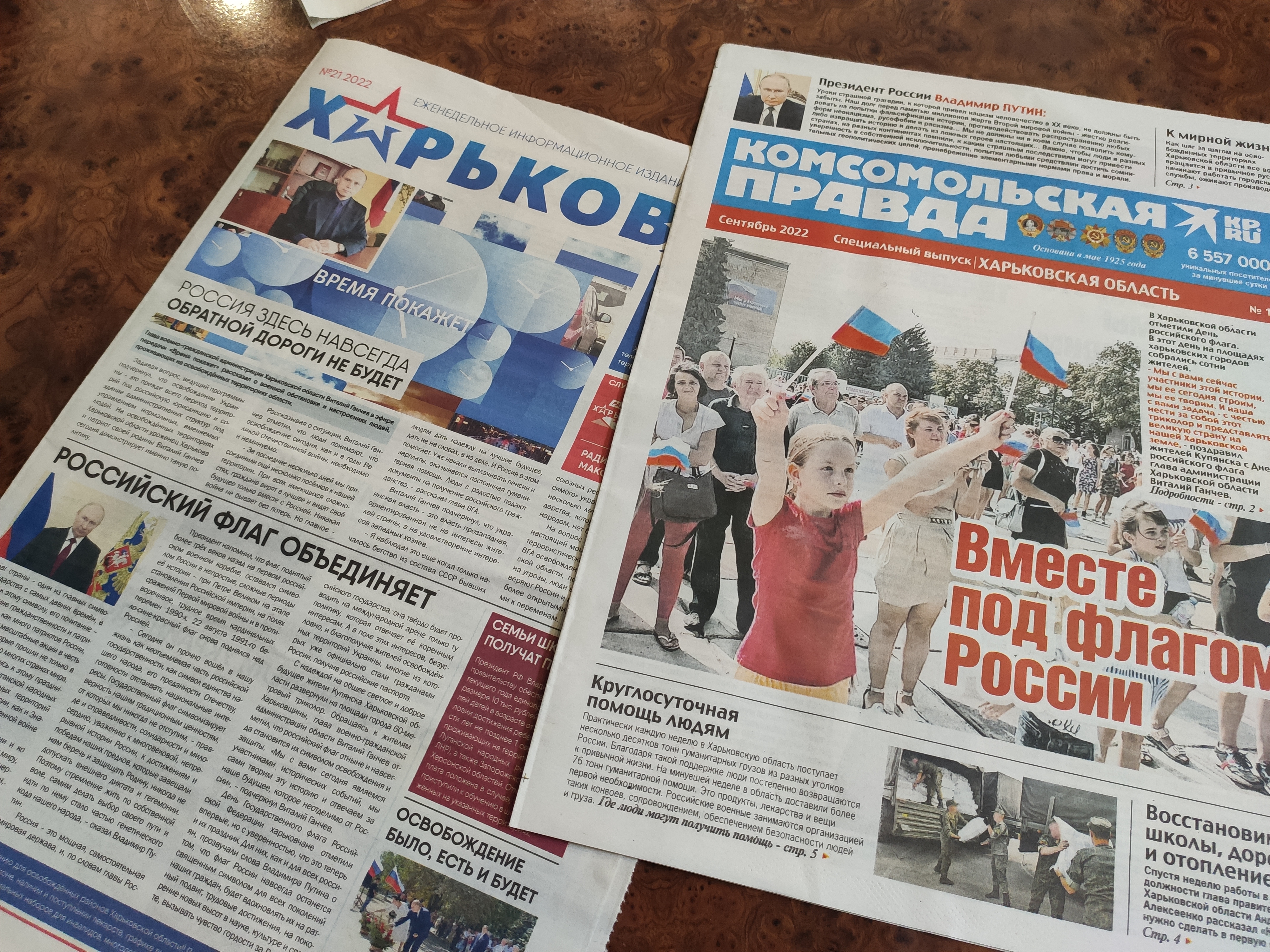 Kozachya Lopan authorities want to save copies of Russian propaganda for a future museum. They say they simply have no right to forget the time of Russian occupation, when an extensive system of torture facilities was murdering people in a village of 5 thousand residents.