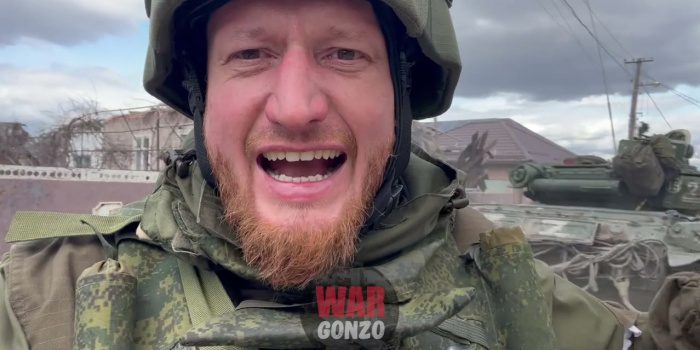 Russian propagandists are involved in a media campaign about the battles for Bakhmut; for this purpose, they are filming staged videos of the battles.

This was reported by the National Resistance Centre.

On January 22, Russian propagandist Semen Pegov shared a video allegedly taken during the fighting for Bilohorivka, which is controlled by Ukraine, in the course of an attempt to break through the Siversk–Soledar–Bakhmut–Chasiv Yar line.

I geolocated this video by Wargonzo to an industrial compound north east of Shypylivka, Luhansk.

In reality, the video was shot near Shipylivka village, 8 km away from Bilohorivka.

"The video itself shows that, on the contrary, it is the Ukrainian Armed Forces who are on the offensive on this part of the front line, and not the other way around," the National Resistance Centre notes.

Another example is the video by propagandist Chingis Dambiev, which he shared on January 24. It allegedly showed battles in Krasna Hora (a village near Bakhmut), but the video was actually staged and filmed in Mariupol.