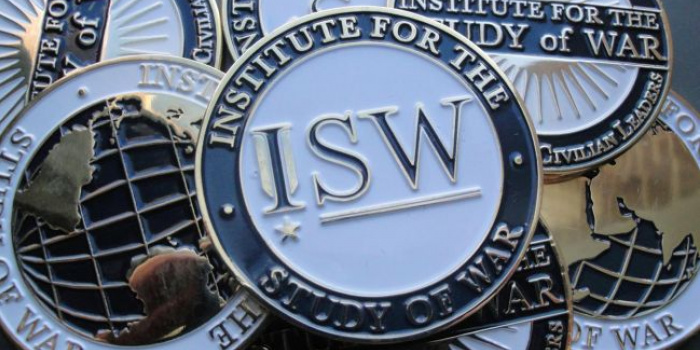 The pro-war Russian milblogger information space responded to the ceasefire announcement with vitriolic discontent, writes the Institute for the Study of War in their report.

Several prominent milbloggers emphasized that Russian soldiers do not want a ceasefire at all and remarked that it is a useless, defeatist ploy that is unlikely to succeed in the first place.

"This decision is obviously unlikely to be popular, even despite the official propaganda's efforts," wrote Boris Rozhin.

Another milblogger who was previously embedded with Russian units in Bakhmut and attended the annexation ceremony at the Kremlin in September employed overtly genocidal, dehumanizing rhetoric in response to the ceasefire and stated that Russian soldiers do not want compromise: They "want to kill every person dressed in the uniform of the enemy army, regardless of gender and the circumstances that forced the subhuman to wear this uniform."

ISW analysts believe that this level of vitriol originating from milbloggers who are typically fairly aligned with Putin’s line on the war is noteworthy and undermines Putin’s ability to present Russia as the party that is willing to negotiate.

"Putin’s continued association with this milblogger community, especially those who frequently openly call for genocide, continues to demonstrate the fact that Putin has not decided to compromise his aims in Ukraine," the experts summarized.

We remind you that on January 5, Patriarch Kirill cynically called for a "Christmas ceasefire".

Oleksiy Danilov, Secretary of the National Security and Defense Council of Ukraine, responded by stressing that a ceasefire offer from the Kremlin on Christmas eve is mere hypocrisy, and cannot be trusted. All the more so since the Klemlin decisionmakers have nothing to do with Christianity at all after the murders of Ukrainians.

"What does a bunch of small Kremlin devils have to do with the Christian holiday of Christmas? Who will believe the bastards that kill children, shell maternity hospitals, torture prisoners? A ceasefire? Lies and hypocrisy. In the melodic quietude of the Ukrainian night, we will keep gnawing at you," he promised.

The President of Ukraine, Volodymyr Zelensky, believes that the Kremlin now wants to use Christmas as an excuse to halt the UAF's advance in the Donbas and move equipment, ammunition, and mobilized personnel closer to Ukrainian positions. He emphasized that the war will end when the Russian soldiers either leave or are driven out by the Ukrainian army.