Russian Ministry of Defense expert asked TV hosts not to mention the Iranian drones, thinking nobody heard him 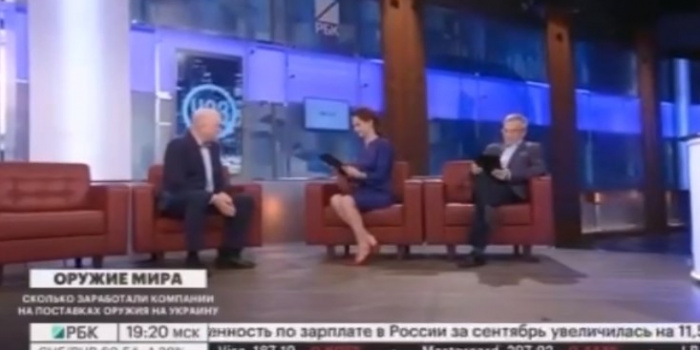 During a live broadcast on the propaganda channel RBC, Ruslan Pukhov, a member of the public council at the Russian Ministry of Defense, thinking that he could not be heard, asked the hosts not to mention the Iranian drones used by the Russian army, since the country's authorities do not admit to supplying them.

This is reported by Current Time.

The incident with Ruslan Pukhov, the director of the Center for Analysis of Strategies and Technologies, occurred on the air of the program "What Does It Mean".

"Let's not rock the boat too much, so I am asking you kindly not to mention these Iranian [drones]... Because it's that classic story, the thing is there, but no word to call it. We all know that they are Iranian, but the authorities are not admitting it," said Pukhov before the start of the broadcast, believing that the audience couldn't hear him.

In his comment to the "Podjom" media outlet, Pukhov said he did not remember what had happened: "I don't remember saying that, it's probably some kind of fake. Maybe I did, maybe I didn't. I don't remember, unfortunately. It was a long time ago. My brain is lagging after Covid."