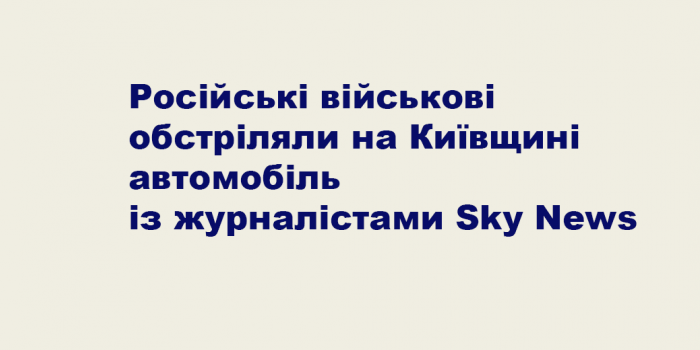 The Russian military fired at foreign journalists near the village of Stoyanka in the Kyiv region.

This was reported by Ukrinform with reference to the regional police on Facebook.

"On February 28, at about 4 pm, the Russian military fired at a car with five employees of the British TV channel Sky News. It happened near the village of Stoyanka in the Bucha district," the report said.

It is noted that the media immediately jumped out of the car and hid in the nearest shelter, where they were evacuated by employees of the Bucha District Police Department.

One of the media representatives was taken to hospital by police, where he was given first aid. He later joined his colleagues.

The police clarified that the group of journalists includes four citizens of Great Britain and one citizen of Ukraine.