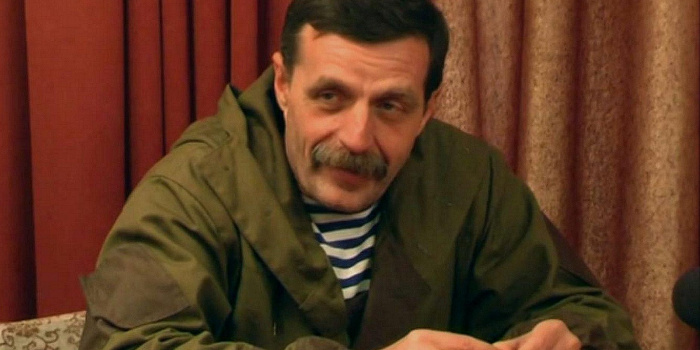 The Zhovtnevy district court of St. Petersburg (Russia) ordered an investigative group of Bellingcat to pay to the former commander of Russian-backed militants in the Donbass Igor Bezler 340 thousand rubles (4.6 thousand dollars) in compensation for moral damage for the downing of a Malaysian "Boeing" in Donetsk 2014, as Radio Liberty reported.

Also Bellingcat has been obliged to refute reports about Bezler's involvement in the downing of flight MH17 in Donbass.

Bezler insisted on the reimbursement in amount of half a million rubles, but the court reduced the sum.

the former leaders of the militia had filed a lawsuit against Belingcat project in September 2020.

He demanded that Bellingcat refute publications based on intercepted SBU talks on the downing of a plane over Donbass.

In these articles, Bezler is called only an "important witness" to the catastrophe, but noted that it were his subordinates who could have informed the Russian military about the MH17 passenger liner, perceiving it as a Ukrainian military board.

The plaintiff insisted that Bellingcat had "misinterpreted" his telephone calls and "directly identified" him as the person involved in the crash. So every mention of Bezler by journalists "a priori is such that it disgraces him", as he said in the lawsuit (in total, lawyers calculated, Bezler's name appeared 140 times in the texts).

Bezler, who, according to Ukrainian intelligence, was a member of Russia's military intelligence, demanded that journalists removed all mention of him.

After the downing of flight MH17 over Donbass in the summer of 2014, the SBU published, among others, two intercepted telephone conversations involving Bezler.

In December 2017, Bezler, with the permission of the Russian secret services, had already testified to the Joint Investigation Team, which believes that they transported the Russian “Buk”, from which the plane was shot down through the territories under Bezler’s control by Donetsk-Yenakiieve-Torez-Snizhne route (from where Boeing was shot down). In these testimonies, as reported by Nastoyaschee Vremya TV channel , Bezler denied involvement in the disaster.

Igor Bezler, a former commander-in-chief of Russian hybrid forces in the Donbas, was known by the nickname Bes (Devil). This Russian citizen, who lived legally in Horlivka for a long time (according to some reports, he could also have Ukrainian citizenship), according to Ukrainian intelligence, was a member of the Russian military intelligence known as the GRU.

In February 2014, he took part in the actions of pro-Russian forces during Russia's occupation of the Ukrainian Crimea, and from April to the end of October 2014 he commanded one of the militant detachments that controlled Horlivka and several other cities in Donbass. His current whereabouts are unknown.