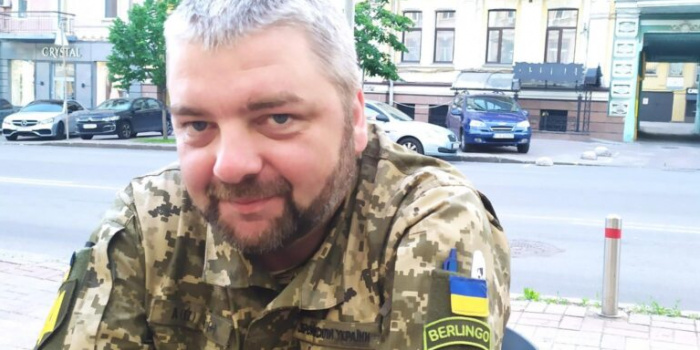 The Ministry of Defense of russia confirmed holding human rights activist and Ukrainian Armed Forces soldier Maksym Butkevych as prisoner. He is currently in the temporarily occupied territory of Luhansk oblast.

"The Ministry of Defense of the russian federation has confirmed that Ukrainian human rights activist Maksym Butkevych was in the territory of the self-proclaimed 'LPR.' The state of his health is satisfactory, as was stated in the response to his lawyer Leonid Solovyov's request," Chikov said.

The activist's mother Yevheniya Butkevych told Suspilne that she had received confirmation that her son is alive and in captivity. Maksym had a meeting with a human rights representative, where he was given the opportunity to call his relatives, but he could not remember the mobile phone number, so no call was made.

russian propaganda has published several stories accusing Butkevych and calling him a "propagandist," a "Nazi," and a "punitive squad commander." 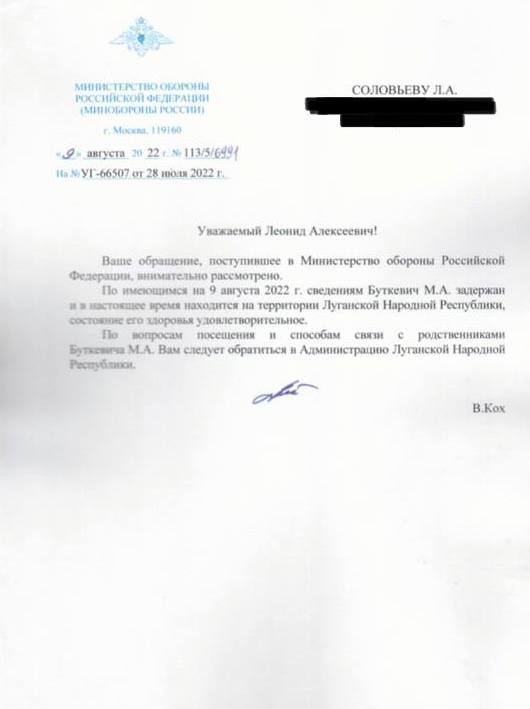 As IMI reported, in June, human rights activist, journalist, and co-founder of ZMINA human rights center and NGO "Hromadske Radio" Maksym Butkevych has been taken prisoner by the russians near ​​the captured Zolote and Hirske villages in Luhansk region.