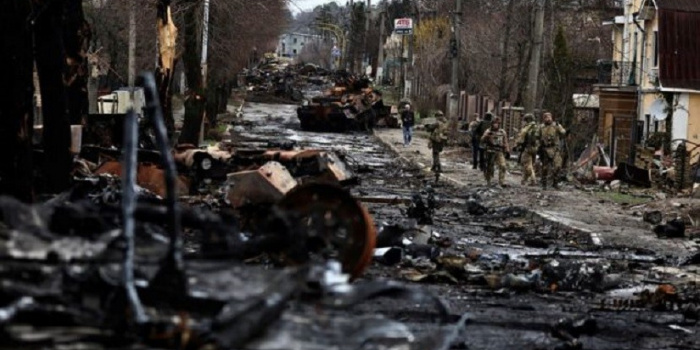 Moscow's Tagansky District Court fined Wikimedia Foundation Inc. due to the refusal to delete articles about the war in Ukraine, which, in particular, refer to the atrocities of the russian military in Bucha.

This was reported by ZN.ua with reference to the russian Interfax.

“Wikimedia Foundation Inc. found guilty of an offense under Part 2 of Art. 13.41 (failure to remove content prohibited in russia) and to be fined 3 million rubles," said the judge.

It is noted that the protocol on Wikipedia was drawn up by Roskomnadzor, as the online encyclopedia refused to remove about a dozen articles on the full-scale russian invasion of Ukraine.

According to NV, two lawsuits were filed against the company at once. Roskomnadzor was the first to demand the removal of information from the articles "Battle of Kyiv (2022)", "War crimes during the russian invasion of Ukraine", "Shelling of a hospital in Mariupol", "Destruction of the Mariupol Theater (2022)" and "Bucha Massacre."

The second lawsuit demanded that the company be fined for refusing to remove the article "russia's Invasion of Ukraine (2022)" and articles on gunpowder and black powder.

The total amount of the fine imposed on Wikipedia is 5 million rubles (about 2 million hryvnias).

We remind that on April 1, it became known that the Armed Forces of Ukraine liberated 15 settlements in Kyiv region in one day. Among them were Dymer, Bucha, Irpin, Hostomel, and others. Mass graves with dead Ukrainians were found in the liberated territories of Kyiv region. On the streets of Irpin, Bucha, and other cities lay bodies shot in the back of the head, with their hands tied behind their backs, and burnt corpses were on the roads. The world media and Ukrainian journalists reported on the atrocities of russian soldiers during almost a month of occupation of Kyiv region, including the raping of minors.