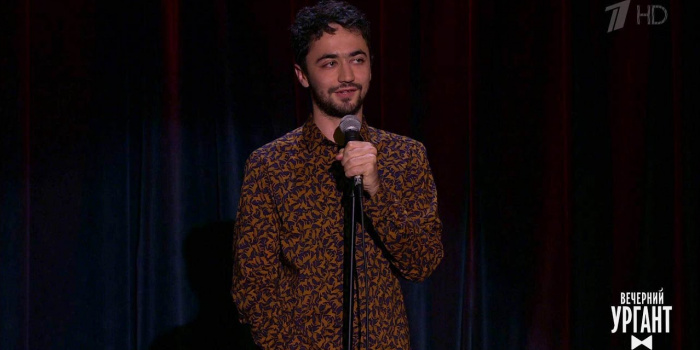 Russia's Interior Ministry has banned a stand-up comic of Azerbaijani origin, Idrak Mirzalizade, from entering and residing in the country for life over his on-stage joke about Russians, as Radio Free Europe/Radio Liberty reported.

The ministry said on August 30 that the presence in the Russian Federation of Mirzalizade, a Belarusian citizen who holds permanent residence in Russia, was "undesirable" because of his statements that "incited hatred and enmity toward ethnic Russians."

"The Interior Ministry of Russia considers unacceptable any statements directed at destabilizing interethnic relations no matter the form in which they were expressed," a ministry statement said, adding that it will undertake measures in the future to prevent "extremist manifestations."

Mirzalizade, who is a well-known stand-up comedian in Moscow, has said the performance at the heart of the controversy was about problems faced by non-Russians when they want to rent an apartment in the Russian capital.

In the performance, the comedian jokes about what would happen if the perception of Russians by others was based on separate incidents, drawing a parallel with situations that shape prejudices about non-Russians living among Russians.

Mirzalizade served 10 days in jail this month for the performance.

Though he has maintained his innocence, he has also publicly offered apologies several times to "all who felt insulted by some parts of my performance, which were taken out of context."

Earlier in June, the comic wrote on Instagram that two unknown men attacked him after he received several threats because of his performance.

He also posted a video showing the moment of the attack.

Mirzalizade is an ethnic Talysh, which is a Persian-speaking ethnic minority in Azerbaijan.