RU media ignores the POWs exchange, propagandist Prilepin says he does not know who Medvedchuk is 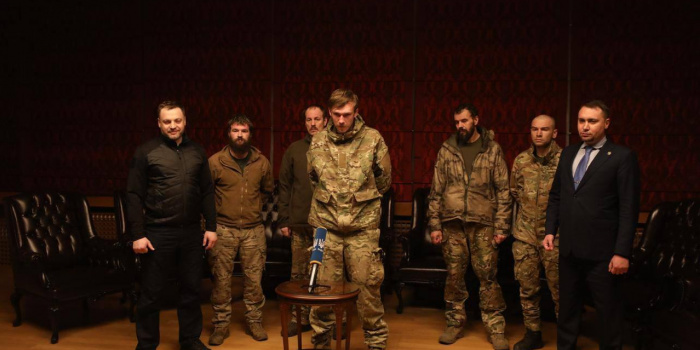 The Russian national media ignored the POWs exchange. TASS, RIA Novosti, Komsomolskaya Pravda, and RT (Russia Today), which usually report on such events, are being silent about this.

However, propagandist Margarita Simonyan wrote very briefly and without specifics on her private Telegram channel that the exchange had taken place and that for her, "the joy of saving our people is more important than the satisfaction of taking revenge on our enemy." Her rhetoric was quickly picked up by other propagandists. Zakhar Prilepin wrote that for him, the exchange is "the biggest possible celebration" and that he knows nothing about Medvedchuk "and to hell with him."

There has not been a word about the exchange on the "DPR" group's official website DNA (Donetsk News Agency): all posts there are about the "referendum."

And this is strange, because the Donetsk militants had been preparing a "tribunal" for the Azov fighters in particular. A message about this appeared in early September. The illegal armed groups threatened to hold the first stage of this "tribunal" in Mariupol.

We remind that on September 21, Ukraine returned 215 Ukrainian defenders from Russian captivity. 108 of them are soldiers of the Azov Regiment.

Serhiy Volynsky (Volyn), acting commander of the 36th separate brigade of marines; Svyatoslav Palamar, deputy commander of the Azov Regiment for work with personnel; Denys Shlega, commander of the 12th operational brigade named after Dmytro Vyshnevetsky; Oleh Khomenko, company commander and the leader of the defense of Azovstal; Dmytro Kozatsky, a senior soldier whose photos and videos from Azovstal went viral all over the world, have also been released.