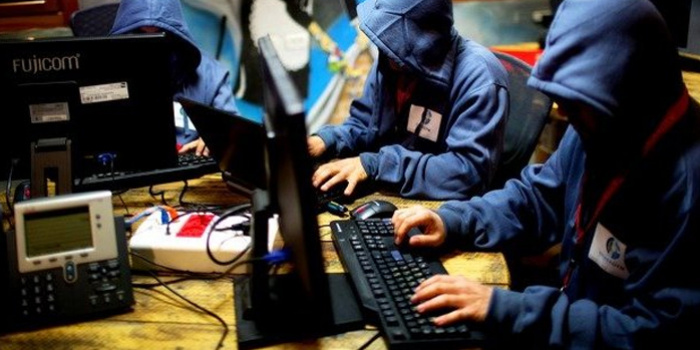 To mark this year’s World Day Against Cyber-Censorship, celebrated on 12 March, Reporters Without Borders (RSF) is unveiling its list of press freedom’s 20 worst digital predators in 2020 – companies and government agencies that use digital technology to spy on and harass journalists and thereby jeopardize our ability to get news and information.

This list is not exhaustive but, in 2020, these 20 Digital Predators of Press Freedom represent a READ THE LISTHEREclear danger for freedom of opinion and expression, which is guaranteed by article 19 of the Universal Declaration of Human Rights. On World Day Against Cyber-Censorship, created at RSF’s initiative, RSF is for the first time publishing a list of digital entities whose activities are tantamount to preying on journalism.

The 2020 list of 20 leading digital predators is divided into four categories according to the nature of their activities: harassment, state censorship, disinformation or spying and surveillance. Whether state offshoots, private-sector companies or informal entities, they reflect a reality of power at the end of the 21st century’s second decade, in which investigative reporters and other journalists who cause displeasure risk being the targets of predatory activity by often hidden actors.

Some digital predators operate in despotic countries whose leaders have already been included in RSF’s list of Press Freedom Predators. Other digital predators are private-sector companies specializing in targeted cyber-espionage that are based in western countries such as the United States, United Kingdom, Germany and Israel.

The power of these enemies of press freedom takes many forms. They locate, identify, and spy on journalists who annoy people in positions of power and authority. They intimidate them by orchestrating online harassment. They reduce them to silence by censoring them in different ways. They even try to destabilize democratic countries by deliberately disseminating false information.

“The authoritarian strongmen behind predatory activity against press freedom are extending their tentacles into the digital world with the help of armies of accomplices, subordinates and henchmen who are organized and determined digital predators,” RSF secretary-general Christophe Deloire said. “We have decided to publish this list of 20 digital predators in order not only to expose another aspect of press freedom violations but also to draw attention to the fact that these accomplices sometimes act from or within democratic countries. Opposition to despotic regimes also means ensuring that the weapons for suppressing journalism are not delivered to them from abroad.”