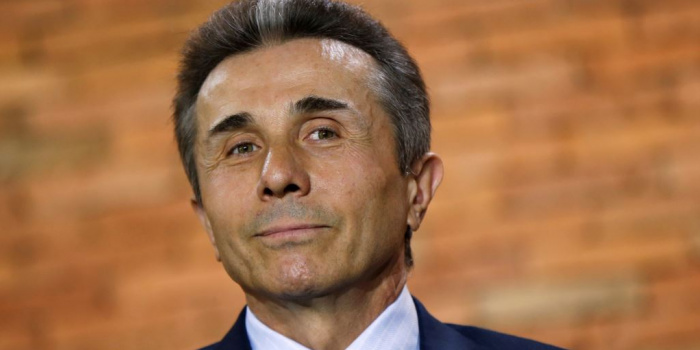 Photo credit: radiosvoboda.org
Reporters sans frontiières condemned the parliament of Georgia for restrictions on freedom of speech ahaed of parliamentary election. "With less than four months to go to high-stakes parliamentary elections, Georgia’s parliament has passed an amendment restricting the freedom of the broadcast media, while the ruling party is declaring a war on “fake news.” These moves jeopardize media independence and pluralism", says Reporters Without Borders (RSF).

The climate is becoming oppressive for Georgia’s media as a result of both judicial harassment that directly threatens their editorial freedom and the tightening of legislation.

Proposed by the government and passed by parliament on July 17, the latest amendment to the law on electronic communications evinces a clear desire to control radio stations and TV channels, providing for the appointment of a “special manager” at the head of any broadcast media company that is also registered as an operator.

The “special manager” is authorized to take control of media companies that fail to comply with decisions taken by the National Communications Commission, and to remain in charge until the decisions have been implemented. He or she is empowered to hire and fire the company’s executives and to break any contract or partnership concluded during the previous year.

The National Communications Commission had a strictly operational mandate when created, but its powers have gradually been extended to surveillance and censorship. The creation of an online platform dedicated to examining and guiding Georgian media content in December 2019 was immediately seen as a threat to the freedom of independent media outlets.

Dubbed the “Media Critic,” it has of late concentrated on discrediting two independent news websites, Netgazeti and Batumelebi, accusing them of publishing “fake news.”

Media opposed to the current government are often the victims of this kind of attack. They include the opposition TV channel Mtavari Arkhi, which is currently being investigated by the intelligence services on suspicion of “sabotage” for allegedly misinforming the population and discrediting the government.

Mtavari Arkhi is accused of deliberately mistranslating interviews with Azerbaijani-speaking residents in the southern town of Marneuli who claimed to have been paid by local officials and medical personnel to identify Covid-19 as the reason family members had died.

The intelligence services claim that the interviews in the report, of which they have obtained all the original recordings, encouraged feelings of insecurity and mistrust towards the state, an offense punishable by between two and four years in prison under article 318 of Georgia’s criminal code.

“The Georgian government should not interfere in the news media’s work, while the provision of original recordings to the intelligence services sets a disturbing precedent,” said Jeanne Cavelier, the head of RSF’s Eastern Europe and Central Asia desk.

“With less than four months to go to parliamentary elections, media independence and pluralism are essential for a democratic debate. We urge the authorities to drop the criminal proceedings against Mtavari Arkhi at once and to promote reliable news reporting instead of censoring content.”

After the change of ownership of Rustavi 2, a privately-owned TV channel whose editorial line was transformed, the regional public TV channel Adjara TV has been subject to political interference since September 2019.

The government is using the election campaign to step up pressure on opposition media, with the mayor of Tbilisi and general secretary of the ruling Georgian Dream party branding Mtavari Arkhi and two other opposition channels,  TV Pirveli and Formula TV, as “fake news” broadcasters.

Georgia is ranked 60th out of 180 countries in RSF’s 2020 World Press Freedom Index.