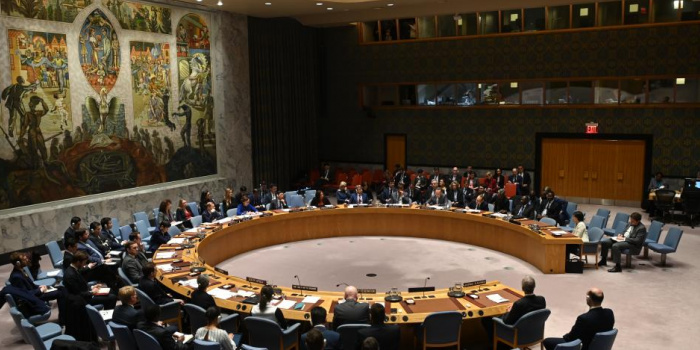 Photo credit: rsf.org
Reporters Without Borders (RSF) has written to two United Nations special rapporteurs asking them to formally condemn governments that have violated the right to information in connection with the coronavirus epidemic, thereby putting public health and lives in danger both in their own countries and the rest of the world, as Reporters sans frontières reported.

The facts reported in the letter have been gathered by a new RSF tool called Tracker-19 in reference not only to Covid-19 but also article 19 of the Universal Declaration of Human Rights. This RSF tool aims to evaluate the Covid-19 pandemic’s consequences for journalism, documenting state censorship and deliberate disinformation, and their impact on the right to reliable news and information. It also offers recommendations on how to defend journalism during the pandemic.

The letter lists cases of censorship, arbitrary detention, harassment or violence against journalists, and disturbing legislative development in a total of 38 countries. The list is not exhaustive.

The Brazilian and US president have staged ferocious verbal attacks on journalists. Reporters have been arrested in Algeria, Jordan and Zimbabwe. An Orwellian law has imposed an “information police state” in Hungary. Cambodia’s prime minister has used the Covid-19 crisis to bolster his authority. And in China, the suppression of journalism allowed the epidemic to spread in Wuhan, and then to the rest of the world. RSF is also very concerned about journalists in Turkey and Saudi Arabia who, despite the epidemic, are still detained in prisons where they are very vulnerable to the virus.

RSF asks the special rapporteurs to issue not just a warning but also an “urgent appeal” to each country where press freedom violations jeopardizing the right to health have been observed. The aim to is to obtain concrete measures, such as the release of imprisoned journalists.

Attached to the Office of the UN High Commissioner for Human Rights in Geneva, the special rapporteurs are tasked with examining, monitoring, advising and publicly reporting on human rights issues under “special procedure” mechanisms. If violations are confirmed, the rapporteurs can denounce them and ask the governments concerned to address them. What they have observed can also be included in their public reports to the UN Human Rights Council and UN General Assembly.

David Kaye, Harlem Désir (the OSCE representative on freedom of the media) and Edison Lanza (the Inter-American Commission on Human Rights special rapporteur for freedom of expression) issued a joint statement about the Covid-19 pandemic on 19 March, stressing the importance of truthful information by governments, protecting the work of journalists, and combatting disinformation.

UN High Commissioner for Human Rights Michelle Bachelet voiced concern on 9 April about the measures taken by some countries to restrict press freedom and freedom of expression and, in particular, about censorship of criticism on the grounds of combatting disinformation.

Enshrining an intrinsic link between the right to information and the right to health would mean that all arbitrary restrictions of the first would also be violations of the second. The balance between the two rights would thereby be assured, and would prevent the protection of public health being used as a pretext for censorship or disinformation.

The preamble of the International Declaration on Information and Democracy, approved by a commission of 25 prominent persons from 18 countries, says: “Knowledge is necessary for human beings to develop their biological, psychological, social, political and economic capacities.”

On the basis of this Declaration, 35 countries have joined an Information and Democracy Partnership that recognizes the right to reliable information and says: “Information can be regarded as reliable insofar as its collection, processing and dissemination are free, independent, diverse and based on cross-checking of various sources, in a pluralistic media landscape where the facts can give rise to a diversity of interpretation and viewpoints.”

“The coronavirus epidemic requires respect for the principles of press freedom and the right to information,” RSF secretary-general Christophe Deloire said. “As the Declaration on Information and Democracy says, ‘the right to information consists of the freedom to seek, receive and access reliable information.’  Violating this right endangers the health and even the lives of human beings. We call on the UN’s institutions to publicly denounce governments that violate this right.”