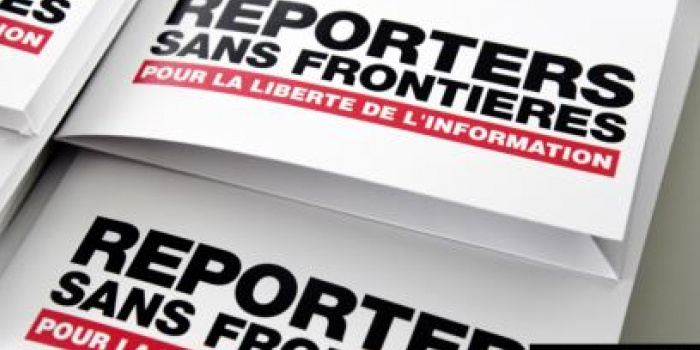 In response to the diversion of a Ryanair flight carrying 126 passengers, including Belarusian journalist Raman Pratasevich, Reporters Without Borders (RSF) has formally asked Lithuania’s prosecutors to investigate Belarusian President Alexander Lukashenko and any other person they identify for criminal hijacking, as Reporters sans frontières reported.

In a letter sent today to the prosecutor-general’s office, RSF requests that the Belarusian air force’s diversion of Ryanair flight RF4978 from Athens to Vilnius at President Lukashenko’s direct and evident instigation be investigated as the “hijacking of an aircraft with criminal intent,” as defined in articles 251 and 252-1 of Lithuania’s criminal code.

After a detailed statement of the facts, RSF’s letter dismisses the “bomb alert” claim made by Minsk to justify diverting the plane as clearly fabricated. There are many “credible reasons for believing that the bomb claim was a false alarm used by the Belarusian government to force the plane to land with the aim of arresting the journalist,” the complaint says.

“We decided to file a complaint against Alexander Lukashenko himself because he was the direct instigator of this act of hijacking for terrorist purposes, and the term is not excessive,” RSF secretary-general Christophe Deloire said. “The Lithuanian criminal code penalises hijacking a plane ‘by threatening the lives or health of the crew or passengers’ and defines ‘terrorist aim’ as ‘intent to intimidate the public or part of the public.’ By this unprecedented act, Alexander Lukashenko wanted to reinforce intimidation of the public, especially journalists.”

What took place on 23 May constitutes a crime under Lithuanian law. The threat of the use of armed force by a military plane against a civilian plane, to make it change course under the false pretext of a bomb alert is penalised by article 251 of the criminal code, which punishes “the hijacking of an aircraft by means of a firearm, explosive or other means endangering the life or health of the crew or passengers of the aircraft.”

The complaint demonstrates that President Lukashenko’s order sending a Belarusian air force MiG-29 to intercept the Ryanair flight constituted “endangering the life or health of the crew or passengers.” The complaint details the many reasons for concluding that the bomb alert was just a false alarm used as a pretext to force the plane to land and arrest the journalist Raman Pratasevich.

Finally, the complaint shows that the arrest’s sole aim was to intimidate the public, especially all critical journalists in Belarus and abroad. It says: “There is no doubt that Pratasevich’s arrest, following an unprecedented hijacking of an international plane, is intended to intimidate all Belarusian journalists, inside and outside the country. This event is intended to show them that, wherever they are, they can be apprehended by the regime and put in prison. It shows that the regime will not hesitate to arrest anyone who criticizes it.”

The confession extracted from Pratasevich and broadcast on Belarusian television yesterday, in which he recognises that he is guilty of the charge of organising “mass riots,” confirms this cynical strategy

Attempt to destabilise the European Union

RSF is also of the view that, “by attacking a European aircraft flying between two European capitals, an aircraft registered in an EU member state (Poland), and belonging to a company based in another EU member state (Ireland),” the hijacking was designed to destabilise the European Union. “This attack has tested the EU, as the European Council’s reaction today made clear,” RSF said.

Significantly, article 7 of Lithuania’s criminal code states: “Persons are held responsible under this code regardless of their nationality and place of residence, also of the place of commission of a crime and whether the act committed is punished under the laws of the place of the commission of the crime, when they commit (...) acts of terrorism and crimes linked to terrorist activity.”

The complaint targets President Lukashenko and any other person the investigators may identify as responsible. RSF says the prosecutors must determine whether or not Lukashenko may claim immunity as head of state, bearing in mind that the alleged acts fall outside the scope of his office. A recent decision by the German federal court of justice suggests that he could not claim such immunity.