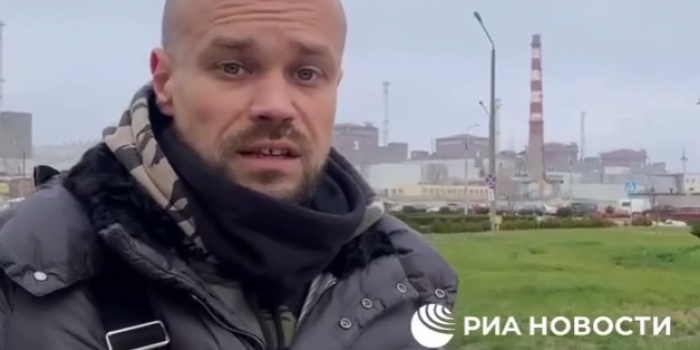 This follows from a video posted on the RIA Novosti Telegram channel.

In it, an unnamed man who is clearly the propaganda media's correspondent stands in front of the nuclear power plant.

The video also contains comments from the Russian occupiers.