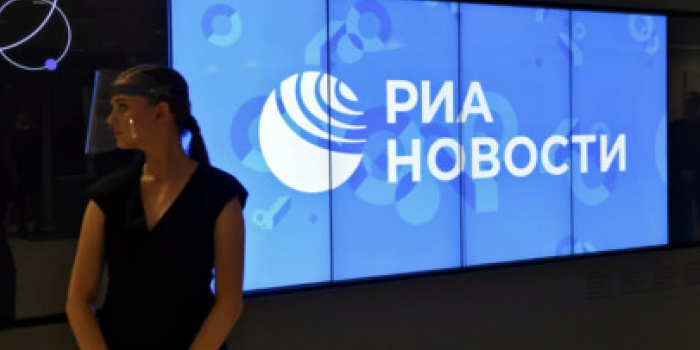 Russian state-run news agency RIA Novosti published a column by propagandist Petro Akopov, titled "A New Stage of the Dismantling of Ukraine Has Begun," in which he calls on the Russian authorities to continue missile strikes until Ukraine's civilian infrastructure is completely destroyed, regardless of the humanitarian catastrophe that such destruction would cause.

Detector Media pointed this article out.

The propagandist writes that the massive missile strikes that Russia is carrying out, targeting infrastructure and civilian objects, killing dozens of civilians, are only a "warning" and an act of "revenge for the explosion on the Crimean Bridge."

Akopov calls on the Russian authorities to keep going: "If the ultimate victory requires disabling energy networks and destroying bridges, we will have to do it – with full understanding of the harm this will cause to the civilian population."

As the publication notes, Akopov justifies his calls for literal genocide of Ukrainians by saying that by destroying Ukraine's infrastructure and economy, Russia is returning it "to its natural state as part of the Russian world." That is, the "natural state of the Russian world" is having no roads, bridges, heating, or electricity – all that other Russian propagandists call the "Middle Ages."

In fact, Detector Media writes, Akopov's column is meant to explanain to the audience Dmitry Medvedev's statement where he called for the "full dismantling of Ukraine's political regime," i.e. for the destruction of Ukrainian statehood.

Akopov is a full-time propagandist working for many Russian mass media. For many years, he has cooperated with the Russian "Izvestia" and other Kremlin and state publications. He was also the author of the column that appeared on RIA Novosti on February 26, which effectively claimed that Russia's "special military operation" had been completed in two days. And Ukraine "has become a part of the Russian world again." The column was later removed from RIA Novosti and from other Russian publications that had reprinted it. Ukrainian media assumed that Akopov's column had been scheduled for February 26, because the Kremlin planned to take over Kyiv and defeat Ukraine in two days.

We remind you that this is not the first time that RIA Novosti publishes calls for the destruction of Ukrainian statehood and the genocide of Ukrainians. In early April, another propagandist, Timofei Sergeitsev, published a column wherein he drew up a 25 year plan for the “denazification” of Ukraine, which included complete Russification of Ukraine, making Ukrainians “repent” for their “Russophobia,” as well as re-education of Ukrainian children in the spirit of Russian propaganda, which says that Ukrainians do not exist, but there are only Little Russians, or simply sick Russians. Sergeitsev called the suffering that Ukrainians are enduring due to the war a necessary stage of "denazification." President Zelensky called Sergeitsev's article a piece of evidence for the upcoming tribunal.

As reported by IMI, in July 2022, the SBU issued a suspicion notice to the author of anti-Ukrainian articles Tymofei Sergeitsev.