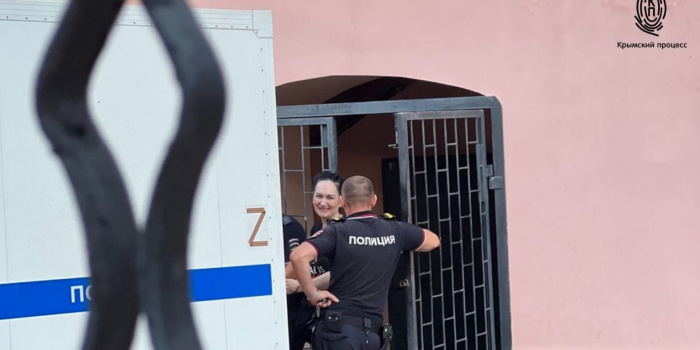 In occupied Crimea, repression against journalists has intensified following Russia's invasion of Ukraine: prosecution of journalists for alleged possession or manufacturing of explosives through completely falsified trials is on the rise.

This was stated by the international human rights organization Reporters Without Borders (RSF).

Reporters Without Borders filed a complaint with the International Criminal Court (ICC) and the Ukrainian prosecutor-general’s office about the enforced disappearance, arbitrary detention, and denial of the right to a fair trial faced by Iryna Danilovych.

"The grim series of fabricated charges and unfair trials continues in Crimea. With Russian control over news and information in the occupied territories reaching an unprecedented level, we are filing a complaint so that the Russian authorities can be held accountable for their crimes against Iryna Danilovych. And we demand her immediate release," said Jeanne Cavelier, the head of RSF's Eastern Europe and Central Asia desk.

Danilovych was initially held for eight days in the basement of the FSB headquarters in Simferopol from 29 April to 7 May while her family knew nothing of her whereabouts. According to her lawyer, she was subjected to lie-detector polygraph tests and other forms of psychological pressure while held incommunicado. She denies all the accusations brought against her. Her trial began on 22 August but has been suspended until October. She is facing a possible eight-year prison sentence.

The FSB already arrested Iryna Danilovych in 2016 and 2017 but released her without charge each time. Now she is being charged with "storing explosives."

RSF notes that her trial testifies to an increase in repression in the Crimean peninsula since Russia launched its invasion of Ukraine on 24 February.

According to human rights center ZMINA, a total of 14 journalists are currently behind bars in the Russian Federation and occupied Crimea.