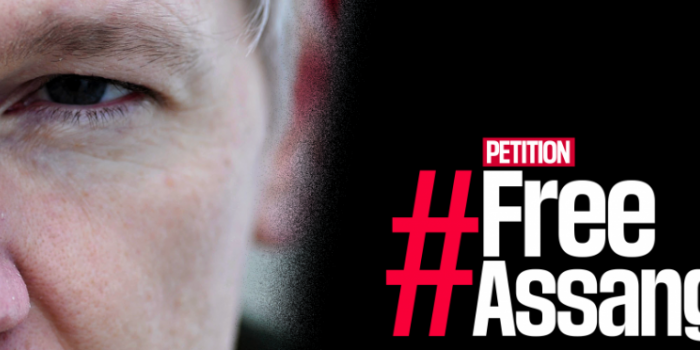 Reporters Without Borders (RSF) delivered a petition to UK Home Secretary Priti Patel with a call to reject the extradition of Wikileaks publisher Julian Assange to the United States.

On 17 and 18 May, RSF representatives in seven countries delivered a petition signed by nearly 64,000 #FreeAssange supporters around the world urging Patel not to sign the extradition order and instead act to protect journalism and press freedom by releasing Assange without further delay.

The organisation attempted to deliver the petition directly to the Home Office, which refused to accept it. RSF instead submitted it via email and in the post. The petition was also delivered to the British embassies in Washington, D.C., Paris, Berlin, Madrid, Rio and Algiers.

“We are grateful to supporters from around the world for signing this petition and adding their voices to the global call on the UK government not to extradite Julian Assange. The message is clear: a move to extradite Assange would be a move against journalism and press freedom. We call on Priti Patel to reject the extradition order and secure Assange’s immediate release, and will continue our global campaign until he is free,” said RSF Director of Operations and Campaigns Rebecca Vincent.

As IMI reported, on April 20, 2022, a court in London allowed the extradition of WikiLeaks founder Julian Assange to the USA, where he is facing long term imprisonment. The extradition decision is going to be approved by Home Secretary Priti Patel.

Now Assange is being detained in Belmarsh high-security prison in London.

WikiLeaks founder Julian Assange was arrested on April 11, 2019, after spending 7 years at Equador Embassy in London. In July 2021, the Court of Equador revoked Julian Assange's citizenship.

In the US, Assange is facing up to 175 years of imprisonment for charges of illegal publication of classified content, namely the names of classified sources, as well as colluding with an ex-military analyst, former private Chelsea Manning for access to classified information.