Radio hosts in Belarus fired for greeting Dud on his birthday 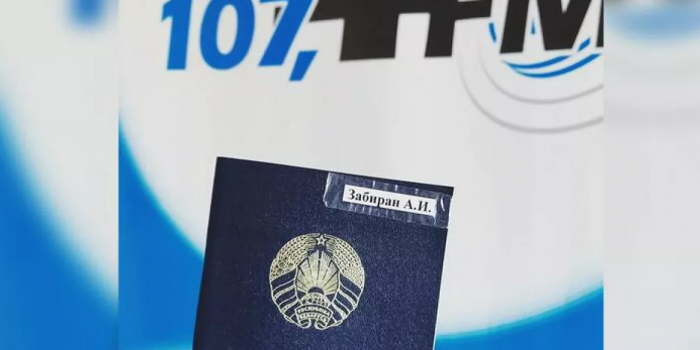 In Homel, Belarus, several employees of the municipal radio were fired after wishing Russian blogger Yuri Dud a happy birthday.

The greeting was uttered during a section about famous people born on that day.

The dismissal was preceded by complaints about the radio hosts in a pro-government Telegram channel. They said that the hosts of radio 107.4FM, founded by the local executive committee, were speaking about Dud being "successful, famous, and cool in everything." According to the author of the complaint posted by the Telegram channel, the blogger "disrespects Belarus."

According to Zerkalo, Zabiran and Bychkousky have already been fired, and their names have disappeared from the radio's website. Also, the publication writes, citing a knowledgeable source, that several more employees have been fired from the radio station, and inspections have begun at other local state media.

As IMI reported, on October 6, the Minsk Regional Court announced the verdicts for four people involved in a case related to the BelaPAN news agency. The agency's chief editor Iryna Leushyna has been sentenced to four years in prison, the former director general Dzmitry Navazhylau to six years, his former deputy Andrei Aliaksandrau to 14 years, and sociologist Iryna Zlobina to nine years in prison.