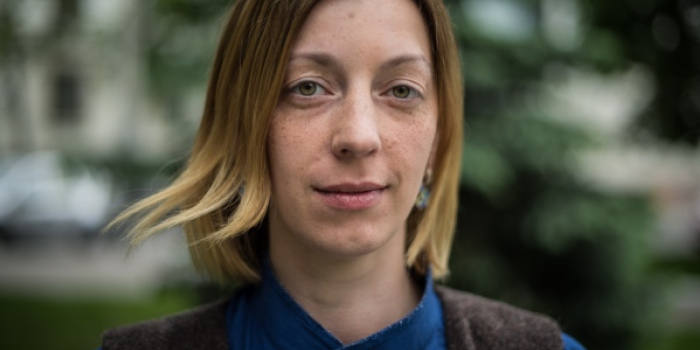 Media NGOs “The Institute of Mass Information”, “Detektor Media”, “Stop Fake”, ZMINA Human Rights Centre and Platform for Human Rights require from the law enforcement agencies to protect the journalist Kateryna Sergatskova and her family from pressure and threats. “Detektor Media” makes public the full text of the statement made by the NGOs.

We, journalists, media-organizations and media, including members of the Media Movement “MediaRukh”, categorically condemn the pressure and death threats to Kateryna Sergatskova, the editor-in-chief of "Zaborona" web edition. We are also deeply shocked by the information that the journalist was forced to leave Kyiv as a result of this pressure and threats, including from right-wing radicals, as well as because of a mass bullying in social networks.

Extremely outrageous is the fact that the pressure on the journalist began after a post on a social network, in which a photo of her 5-year-old child, and a photo of her possible apartment, were published, and in fact the post inspired threats and bullying.

We believe that the quality of journalistic materials should be the subject of a thorough professional discussion, with the participation of self-regulatory organizations such as the Commission on Journalism Ethics, the Independent Media Council - but in no way should it lead to calls for revenge, death threats, prevent the work of journalists.

We call on law enforcement agencies to immediately intervene in the situation and protect the journalist and her family.

The statement is open for signatures of other organizations and media. Please, send your signatures to the address: [email protected]

The Instituite of Mass Information

It should be reminded, that

The online edition "Zaborona" headed by Kateryna Sergatskova had published an article about the StopFake and suggested that the fact-checking organization had ties to the far rights. Stop Fake rejected such allegations and claimed about news attacks against its team. In response to it, Zaborona published another text.